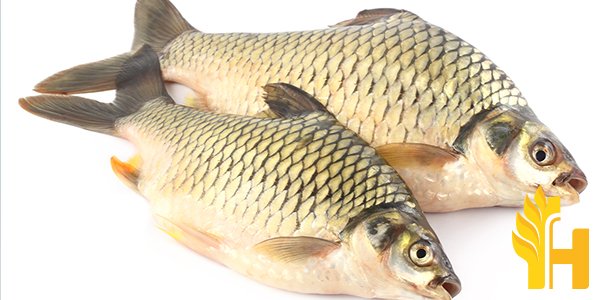 Where to buy and sell Silver Barb, lowest (cheapest) and highest price.

The Current commodity price of Silver Barb per kg, pound in the world in the global markets

Silver barbs are identified by their silvery-white color and are medium to large fish in size as per description. Other similar species in length but smaller include the Tinfoil barb a freshwater fish which is known by its scientific name (Barbonymus schwanenfeldii). Smaller species have a similar color but a more golden-like hue with a less pronounced stripe. Black barbs also have silvery-white scales and can appear to be similar in some aspects, however, it is important to note the black barb has large black spots which make up around half of its body (located on gill plates, dorsal fin, and on part of anal fin). Black barbs also have a serrated dorsal fin.Silver barbs are often used for aquariums as they are easy to care for but preferable in larger groups of five or more fish. They are peaceful fish that can be housed with other species if kept in similar-sized groups, however, the tank must be at least 20 gallons (75 l) in size. They are popular due to their peaceful nature and hardy, easy to care for personalities. Their silver color is also appreciated by aquarium owners. They require open swimming space with dense vegetation as per preference. Silver barbs enjoy plants within the tank, however, they can be sensitive to changes in the aquarium. Silver barbs are schooling fish and enjoy the company of their own kind. They can be housed with other species but should not be placed with fish that may prey on them, such as larger fish including Oscars, or even smaller fish that may eat their fins or fry. They do well when kept in groups of five to eight and perhaps more. A minimum of 20 gallons (75 l) is needed for a school of five to eight fish, however, they will thrive in larger aquariums with room to swim and dense vegetation. Silver barbs are easy to feed and eat most types of sinking food such as pellets or flakes. They should be fed at least twice daily and especially enjoy live foods such as brine shrimp, bloodworms, tubifex worms, daphnia as per preference. Fish food is often supplemented with vegetables or plant matter as silver barbs enjoy these types of food as well. They may not accept dried vegetable matter initially but should be willing to eat it after time. They will not eat algae and if algae growth begins to occur, a solution of romaine lettuce that has been boiled should be fed as the vegetable matter will absorb the nutrients from the algae and aid in its reduction.

Global silver barb production is dominated by a handful of countries. China, Peru, and Mexico are the top silver-producing nations in the world, accounting for over two-thirds of global output. Together, these three countries produced 6,300 metric tons of silver in 2018 – more than 60% of the total global output of 10,400 metric tons. Other top silver-producing countries include Bolivia, Russia, and Kazakhstan. These six nations are responsible for the vast majority of global silver output. However, there are a number of other countries that produce significant amounts of silver. These include Australia, Chile, Poland, and the United States. Global silver production has increased significantly in recent years. In 2009, global silver output was just 7,000 metric tons. This figure rose to 8,600 metric tons in 2013 and has continued to rise since then. The vast majority of this growth has been driven by increases in production from China, Peru, and Mexico. Looking to the future, it is likely that global silver production will continue to grow. This is due to the fact that silver is an essential metal in a number of industries and is used in a wide range of applications. As such, demand for silver is likely to continue to rise in the years ahead. This continued growth in global silver output is good news for investors in the metal. With demand for the silver set to continue to rise, the price of silver is also likely to rise. This makes silver an attractive investment option for those looking to diversify their portfolios.