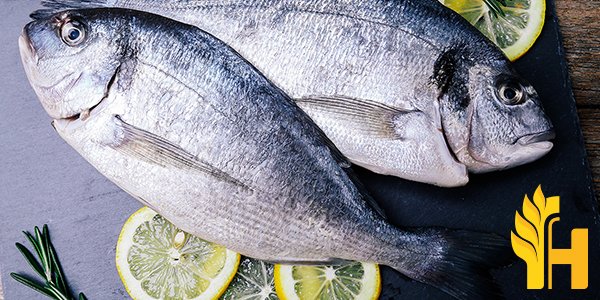 Where to buy and sell Sea Bream, lowest (cheapest) and highest price.

The Current commodity price of Sea Bream per kg, pound in the world in the global markets

Marine sparid fishes are a large and diverse family that includes much popular food fish. They can be found in all types of water temperatures, depending on the species, and can be found in oceans all over the world. Some of the most common varieties include sea bream, porgies, and dentex. Sea bream are marine sparid fishes. They have a distinctive body shape and are easily identifiable. Sea bream is a popular food fish and can be found in many parts of the world. They can reach sizes of up to 2 feet in length, and weigh up to 10 pounds. Sea bream is a good choice for novice fishermen, as they are a type of marine sparid fish. The Sparidae family also includes porgies, which have certain distinctive features that make them easily identifiable. Their bodies are relatively flat, and the line from the dorsal area to the front of the fish descends very rapidly, giving the face a flattened appearance, especially when viewed in profile. This makes them a popular food fish, as they can be found in many parts of the world. They Porgies typically inhabit shallow coastal waters in the Atlantic, Pacific, and Mediterranean oceans. They are also found in freshwater environments, but they are not as common there. They feed on a variety of prey items, including crustaceans, mollusks, and fish. Porgies typically grow to lengths of between 12 and 18 inches and weigh between 1 and 3 pounds. They are a good choice for novice fishermen. Sea bream is a versatile, tasty, and healthy choice of fish for your next meal. With dense, juicy white flesh, they're usually sold whole or in fillets. With a satisfying meaty texture, a clean taste, and a delicate flavor, they're perfect for any occasion. Whether you opt to cook fillets or try a whole fish, sea bream is a delicious addition to any menu. So why not try them for yourself? You won't be disappointed. Looking for something special? Why not give our pan-fried sea bream with lemon butter sauce a try? This dish is simple to make but tastes like you've spent hours in the kitchen. For the best results, use fresh lemon juice and good quality butter. Serve with boiled potatoes and steamed vegetables for a delicious and healthy meal. If you're feeling adventurous, why not try sea bream sushi? This classic Japanese dish is made with raw fish and rice and is a great way to enjoy the delicate flavor of sea bream. To make your sushi, you'll need some sushi rice, nori seaweed sheets, wasabi paste, and pickled ginger. For the best results, buy a good quality sushi kit from your local supermarket or Asian food store.

According to the Food and Agriculture Organization (FAO), global production of sea bream has increased steadily in recent years, reaching a total of 1.7 million tonnes in 2016. The majority of this production comes from wild fisheries, with aquaculture accounting for only a small fraction of the total. The main producing countries of sea bream are China, Greece, Italy, Morocco, Spain, and Turkey. These countries accounted for more than 80% of global production in 2016. Wild sea bream fisheries are largely coastal, with most of the fish being caught in the Mediterranean and Eastern Atlantic. The main methods used to fish for sea bream are trawling, seine netting, and longlining. The aquaculture of sea bream has expanded rapidly in recent years, with Greece becoming the world’s largest producer. Other significant producers include China, Italy, Morocco, Spain, and Turkey. The main methods used to farm sea bream are cage culture and flow-through systems.