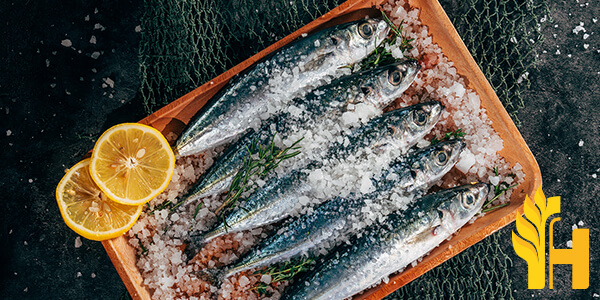 Where to buy and sell Sardine, lowest (cheapest) and highest price.

The Current commodity price of Sardine per kg, pound in the world in the global markets

Both canned and fresh sardines are a common part of many people's diet, due to the sardine's great nutritional benefits; they are high in calcium, omega-3 fatty acids, vitamin D, protein, and selenium.

Sardines are rich in minerals including calcium, phosphorous, potassium, copper, and selenium. They also contain oleic acid (which can help lower LDL cholesterol levels), pantothenic acid (which is good for skin), and vitamin D. This small fish also has omega-3 fatty acids, which help protect against cardiovascular disease and lower cholesterol levels in the blood.

Canned sardines are a staple of many travelers' diets because they can be purchased almost anywhere and require no preparation when you're ready to eat.

Canned sardines are a high source of omega-3 fatty acids, vitamin D, and calcium. They're also a good source of protein, phosphorus, and potassium. In fact, four ounces of canned sardines give you about 32 percent of the daily value for each nutrient except iron (27 percent) and contain more than 450 milligrams of omega-3s (DHA and EPA) per serving.

In the United States, sardines are most often consumed as canned goods. Fresh fish processed in oil or salt is sometimes available at specialty food stores and fish markets. In Spain, Portugal, and Italy canned sardines are served as an appetizer with chopped raw onions and/or olives and lemon juice.

Sardines in tomato sauce and olive oil can be found preserved in many Mediterranean markets. Sardines are also sometimes used to make fish cakes and the roe is sold as bait. Sardines are by-catch fish. The hooks on the fishing lines that catch tuna frequently pull up sardines as well. These sardines are then canned or frozen for sale to people who want healthy food but can't afford more expensive types of seafood.