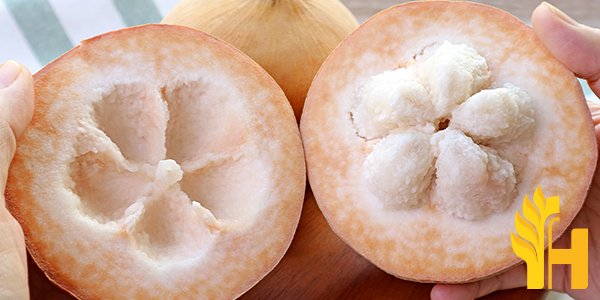 Where to buy and sell Santol, lowest (cheapest) and highest price.

The Current commodity price of Santol per kg, pound in the world in the global markets

The Philippine santol, Sandoricum koetjape, is a medium-sized fruit tree that grows in tropical climates. The Santol - the national fruit of the Philippines was included in its list of the country's famous fruits, along with other popular ones like mangoes and pomelos. The santol is a fast-growing, straight-trunked, pale-barked tree 50 to 150 ft (15-45 m) tall, branched close to the ground, and buttressed when old. Young branchlets are densely brown-hairy. The leaves are simple, alternate, or clustered at the ends of branches; large, sometimes 15 in (38 cm) long, but more often 3.2-9.8 in (8-25 cm); ovate to oblong, coarsely serrate; pointed at the tip and rounded or cordate at base. The leaf stalk is 1/2-3 in (1.5-7.5 cm) long. The leaf is thick, stiff, and leathery to touch, pale green on the top (dorsal) surface and paler on the bottom (ventral) surface; veins are not prominent; 5 to 7 lateral veins emerge from the petiole at each side. Flowers are small, about 0.4 in (1 cm) wide, clustered in panicles that can extend to 6-15 in (15-38 cm). Petals are white; stamens number 12-20. Fruit is oblong or ovoid; 1/2-3/4 in (1.5-2 cm) long and almost as wide, with a rough surface and a fleshy, crisp texture when ripe. Color is light yellow to greenish-yellow at the start but changes to orange or deep yellow when mature. The fruit has a sour taste with very little sugar, hence it is usually used as an ingredient in preparing dishes such as jams. Seeds are numerous and mottled or brownish, with a flattened oblong shape. The fruit is eaten raw or cooked. It is usually combined with other fruits to make various delicacies and preserves. A few leaves are pounded together with coconut milk, sugar, and cornstarch, then boiled until it thickens into a dark green-colored sweet soup called "santolado". The soup can also be made into other flavors. Santol seeds are used as a spice after being roasted, fried, or boiled. They are usually combined with other spices then used in preparing beef dishes and even desserts like halo-halo, cake, or ice cream. The fruit is purported to have medicinal properties, including as a cure for diarrhea. The seed's oil is used in soap manufacturing and as a substitute for machine lubricants. The tree has ornamental value, especially when it turns a golden yellow color during fall. However, because the fruit has a short shelf life after harvest, people prefer to consume ripe fruits rather than store them long-term. The santol was mentioned in Philippine folk songs, which are attributed to Manggagaway, a native Negrito tribe that once lived in the rainforests of the Philippines. These were passed down orally over generations and have been preserved until present times.