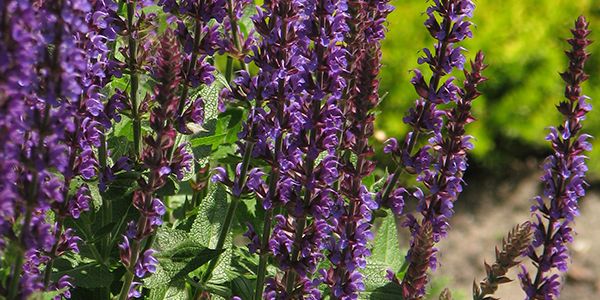 Where to buy and sell Salvia, lowest (cheapest) and highest price.

Salvia is a genus of plants in the mint family, Lamiaceae. It is one of the largest genera of plants, with more than 900 species. The name Salvia comes from the Latin salvere, which means "to save". This refers to the traditional use of some Salvias for medicinal purposes. Salvias are native to many parts of the world, from Europe and Africa to Asia and the Americas. They are found in a wide range of habitats, from dry and sandy areas to moist forest floors. Salvias vary greatly in appearance, but most have square stems and opposite leaves. The flowers are typically borne in spikes or whorls, and range in color from white to purple, pink, or blue. Many Salvias are grown as ornamental plants for their attractive flowers. Some species, such as S. divinorum and S. miltiorrhiza, are also cultivated for their medicinal properties. A number of Salvias, such as S. splendens and S. hedyophylla, are used as culinary herbs. Salvias are generally easy to grow and care for. They prefer full sun and well-drained soil, and most species are drought tolerant. Many Salvias can be propagated from cuttings or seeds. Some, such as S. Divinorum, are best propagated from clones. Salvia plants are relatively easy to cultivate, and they make excellent additions to any garden. With a little care and attention, you can grow these beautiful plants successfully. When growing salvia plants, it is important to choose a location that receives full sun. They also do best in well-drained soil. If your soil is heavy or clay-like, consider amending it with sand or organic matter to improve drainage. Water your plants regularly, especially during the warmer months. Allow the soil to dry out somewhat between watering. Fertilize your plants every few weeks with a balanced fertilizer to promote growth. To encourage more blooms, deadhead spent flowers regularly. Pinching back the stems will also promote bushier growth. Salvia plants are relatively tolerant of pests and diseases, but they can be susceptible to root rot if their roots stay too wet. Watch for aphids and other sucking insects, and control them with insecticidal soap or neem oil if necessary.

Salvia is a widely distributed genus of plants, with a diversity of habitats and ecological roles. They are native to many parts of the world, including Europe, North America, South America, Africa, and Asia. The majority of Salvia species are found in the Mediterranean region, with a particularly high concentration in the Iberian Peninsula. The genus Salvia is part of the mint family (Lamiaceae), which contains over 7,000 species. The name "salvia" comes from the Latin word salvere, meaning "to save". This refers to the plant's long history of use in traditional medicine. Salvias are typically annual or perennial herbs with square stems. They range in size from small, delicate plants to large shrubs. The leaves are usually aromatic and have a distinctive shape, often with lobed or toothed margins. The flowers are borne in spikes or whorls and are typically brightly colored, although some species have white or pale-colored flowers. Salvia species are used in a wide variety of traditional medicines. They are believed to have a range of therapeutic effects, including anti-inflammatory, antioxidant, antispasmodic, and analgesic properties. Salvias are also used as culinary herbs, and their oils are used in perfumes and cosmetics. The global production of salvia is estimated to be about 1,200 tons per year. The majority of this production comes from China, which is estimated to produce 800-900 tons per year. Other significant producers include India, Morocco, Spain, and Mexico. Salvias are popular ornamental plants, and many species are cultivated for their attractive flowers. They are also grown for their oils, which are used in the production of perfumes and cosmetics. Salvias are also used as culinary herbs, and their leaves are sometimes used to flavor tobacco.