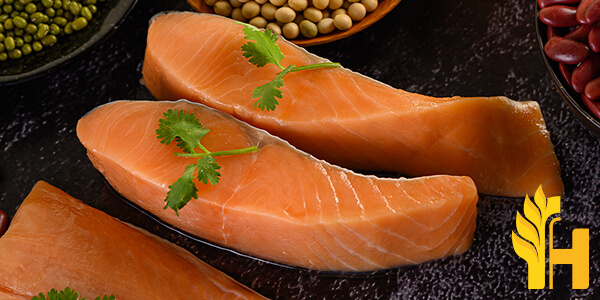 Where to buy and sell Salmon Candy, lowest (cheapest) and highest price.

The Current commodity price of Salmon Candy per kg, pound in the world in the global markets

Salmon candy is a favorite in the Pacific Northwest. It has evolved, but it is basically heavily smoked strips of salmon that are glazed with something sweet. There is no one recipe for salmon candy because there are so many different styles of it. The article below will explain some of the methods used to cook salmon candy and will also provide a few recipes. The original salmon candy was smoked so long that it turned into basically salmon jerky. Nowadays it's usually lacquered with something sweet, such as brown sugar, maple syrup, or birch syrup. The idea is to combine fatty-savory-smoky-sweet in one bite. There are no exact amounts for the recipe, but this article will provide you with a few recipes to get started. Smoked salmon was something that Native Americans created first before settlers arrived in Alaska and Oregon. Salmon were plentiful and easy to catch by the Indians. Once early settlers moved into the area, they started to fish also. They quickly caught on to what the Indians were doing with salmon and added their own twist. They started to smoke it longer to preserve it, and put a sweet glaze on it for flavor. The basic idea in making salmon candy is to slow cook or hot smoke (at low temperatures) the salmon until it is almost completely dry. The process of smoking gives the fish a dense, chewy texture. As for the sweet glaze that covers the salmon, it's mainly used for flavor, but it also helps to hold in some of the moisture. The first step of making salmon candy is to cure the fish with salt. To do this, you will need a piece of center-cut salmon that has skin on one side. Trim away any bloodlines, but keep all the fat. Sprinkle some sugar over it if desired, then liberally cover the flesh side with salt. After you've done this, put the salmon in a plastic bag and put it in the fridge. The longer you leave it in there, the saltier it gets. You can leave it at least overnight for up to several days, depending on your preference. When the fish is ready, remove it from the bag and rinse off all of the excess salt. At this point, you can smoke it or not. If you decide to leave it unsmoked, it's more like salmon jerky. To make smoked salmon candy, first lightly simmer the fish on a grill with indirect heat until some of the moisture evaporates out of it. Once that happens, raise the temperature to around 150 degrees Fahrenheit and smoke it until the internal temperature reaches around 160 degrees. This will be enough to kill any parasites present in the fish. Then you can lacquer it with syrup or some other glaze of your choice. Honey may also be used, but if you do, make sure to brush off all of the beeswaxes first since this won't melt due to the heat.