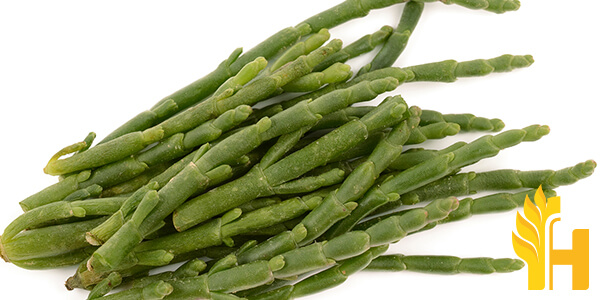 Where to buy and sell Salicornia, lowest (cheapest) and highest price.

The Current commodity price of Salicornia per kg, pound in the world in the global markets

Salicornia europaea (also known as common glasswort, pickleweed, or samphire) is a species of succulent, halophytic flowering plant in the family Amaranthaceae. It grows in salt marshes and other coastal areas subject to regular winter flooding and summer drought and tolerates salinity levels of 20% or greater. The plant is widely distributed in Eurasia and the British Isles. It is also naturalized along the Pacific coast of North America, Australia, South Africa, and New Zealand. The stems are reddish-brown to deep red, fleshy glaucous with most leaves restricted to the base of the plant, triangular in cross-section, and bearing a winged margin. Salicornia europaea is an upright annual succulent herb 10–80 cm tall, glaucous green to red. It has fleshy stems that grow from a taproot, branched, with scale-like leaves concentrated at the base of the plant. It grows in clumps. The plant flowers in summer, producing clusters of small greenish flowers on the ends of branches. Salicornia europaea is an introduced species in many areas outside its native range, which includes Britain and other parts of northern Europe to southwestern Asia. In North America, it has spread from western Canada to Mexico and is listed as a noxious weed in the US states of Oregon and Washington. It was introduced to Bermuda and has become common along roadsides, walls, and waste ground from where it easily spread into open areas such as agricultural fields etc., where it can grow undisturbed for many years. In Britain Salicornia europaea is recorded as a native and an alien. On the coasts of western Europe, it is most frequently found in the upper parts of saltmarshes and on sandy and muddy shores with high salinity levels. In several European countries, such as France and Germany, its populations are declining due to reclamation of coastal marshland for industry and agriculture or by coastal afforestation with pines. It is also known in parts of Ireland. It has been introduced to several regions where it may be an invasive species, such as the Pacific coast of North America (Washington state, British Columbia), Australia (New South Wales, Victoria), and New Zealand. Salicornia europaea was listed by the National Trust of Australia as one of the top 100 plant invaders in Victoria, but its management is not well-developed. Salicornia europaea has been used for centuries as a vegetable and to produce vegetable oils. It was first harvested by Native Americans for this purpose; the "wild" crop continues to grow in popularity at markets in California, where it is locally known as pickleweed. The stems, leaves, and young shoots can be eaten cooked or raw. They are slightly salty with crunchy textures. It can also be sprouted for use in salads. Salicornia europaea contains glucosinolates which release goitrin when chewed. Goitrin is a chemical responsible for certain goiters, or swelling of the thyroid gland when it blocks the uptake of iodine by the thyroid.