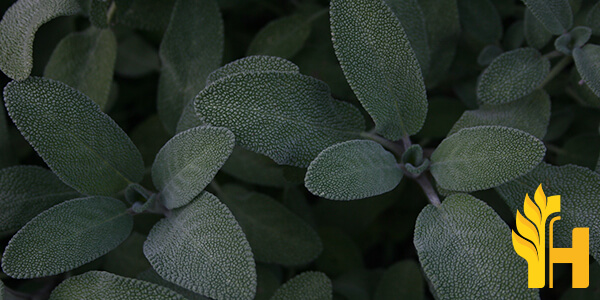 Where to buy and sell Sage, lowest (cheapest) and highest price.

The Current commodity price of Sage per kg, pound in the world in the global markets

Sage is native to the Mediterranean and also grows in the wild in parts of Asia. It is considered a cold-tender perennial; meaning it does not survive winter temperatures below about 30F. It prefers full sun but can tolerate some shade, and is otherwise easy to grow from seed or cuttings.

Sage is a culinary and medicinal herb that is used to enhance the flavor of meats, vegetables, oils, vinegar, and dressings. Sage has a slightly bitter taste but can be sweet as well. Its leaves are waxy textured and help reduce irritation due to its anti-inflammatory properties.

In culinary terms, sage leaves are commonly used to season stuffings and poultry and can be substituted for oregano (also an herb that comes from the Mediterranean), if fresh oregano cannot be found. Sage is also used to flavor many kinds of sausages, such as salami and pepperoni; it provides a unique flavor and aroma. Sage has been used in cooking since the 16th century, is very aromatic with an astringent taste. The specific flavor depends partly on where it is grown because its aroma compounds are influenced by environmental factors.

Sage has many beneficial health properties, including antioxidant, astringent, anti-inflammatory, and antimicrobial effects. It also acts as a gastroprotective agent due to its mucilaginous action on the epithelial tissue of the stomach. The sage extract can be used for various herbal remedies for various ailments. The fresh leaves are used mainly for the treatment of respiratory problems, urinary infections, and digestive disorders. has been used by many cultures over centuries as the plant was already described in ancient Roman texts dating back to the 1st century AD.

The largest producer of sage is China with an export value reaching up to 831.3M USD each year. China is followed by India, Germany, Egypt, the United States, and Spain. Other large producers of this herb are Albania and Turkey which both specialized in wide cultivation where the wild harvest is still prevailing.

Sage is a herb that is native to the Mediterranean region. It has been used in cooking and medicine for centuries. Today, sage is grown in many parts of the world and is used in a variety of dishes. Global production of sage is thought to be around 10,000 tonnes per year. The majority of sage is produced in Europe, with Italy being the largest producer. Other major producers include Spain, Greece, Turkey, Morocco, and Egypt. Sage is a versatile herb that can be used fresh, dried, or cooked. It is often used to make sage tea, which is said to have many health benefits. Sage is also used in a variety of beauty products, such as soaps and lotions. Sage has a strong flavor that is often used to enhance the taste of savory dishes. It is also used as a natural remedy for a variety of ailments, such as colds, stomach problems, and anxiety. Sage oil is sometimes used in aromatherapy and has been shown to have antibacterial and anti-inflammatory properties. While sage is generally considered safe, it can cause side effects in some people. These include nausea, vomiting, and diarrhea. Sage should also be used with caution in pregnant or breastfeeding women as it can stimulate uterine contractions. If you are considering using sage for medicinal purposes, be sure to speak with your healthcare provider first.