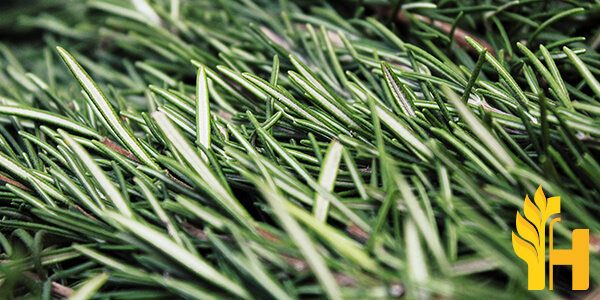 Where to buy and sell Rosemary, lowest (cheapest) and highest price.

The Current commodity price of Rosemary per kg, pound in the world in the global markets

Rosemary is a small evergreen plant that belongs to the Lamiaceae family. Its leaves are frequently used as a flavoring agent for foods and cosmetics. It is native to the Mediterranean region has been naturalized throughout Europe and has been cultivated in most gardens in warm climates. The plant produces leaves with pungent, bitter tastes that are fresh or dried, and are commonly used as a flavoring agent for foods, particularly lamb, chicken, seafood, duck, sausages, and more. It is also often served with various types of vegetables such as tomatoes, turnip, and potatoes. Rosemary is also often used to prepare various kinds of beverages and herbal teas.

It is a small perennial shrub that reaches up to 1 meter in height. Some varieties may reach up to 2 meters in height. Rosemary leaves are small and resemble curved pine needles. They are usually dark green in color. Their upper side is shiny while the bottom part is white. The leaves have slightly curled margins. The plant produces tiny blue color flowers that are borne in axillary clusters which are known to attract pollinators, especially bees. The plant is quite resistant to most pests and plant diseases but is quite susceptible to some fungal infections. The plant is easily grown from cuttings.

Rosemary is known since ancient times and was cultivated as a medical herb. This herb was believed to strengthen memory. Rosemary is also known for its stimulating properties so it was often used to prepare tonics and liniments. Nowadays its oil is used as a fragrance in toiletry products, cosmetics, and vermouth. The oil is rich in borneol, and the oil is obtained by distillation. Rosemary is also an excellent source of antioxidants and anti-inflammatory compounds.

The leading global producers of rosemary are Tunisia, Morocco, and Spain. It is especially popular in North Africa where it is commonly grown as a source of essential oil. Other leading areas of rosemary production are the Mediterranean countries, the United States, and England.

Rosemary is a popular herb that is used in many cuisines around the world. It is native to the Mediterranean region and has been used for centuries in herbal medicine. Rosemary is a member of the mint family and has a strong, aromatic flavor. The herb is also known for its therapeutic properties and has been used to treat a variety of ailments. Rosemary is a hardy plant that can grow in a variety of climates. The herb is tolerant of drought and can even grow in poor, rocky soil. Rosemary can be propagated by seed, cuttings, or division. The plant can reach a height of up to six feet and has needle-like leaves that are green or grayish-green in color. The flowers of the rosemary plant are white, pink, or blue and bloom in the spring or summer. Rosemary is cultivated for both its culinary and medicinal uses. The herb is used fresh or dried in a variety of dishes. It is also a popular ingredient in essential oils and is used in aromatherapy. Rosemary has a wide range of health benefits and is said to improve memory, increase circulation, and relieve muscle pain. The herb is also used as a natural insecticide and has been shown to repel mosquitoes. Rosemary is grown commercially in many parts of the world. Major producers of the herb include Spain, Morocco, Italy, Greece, and the United States. The herb is also widely available in dried form and can be found in most supermarkets.