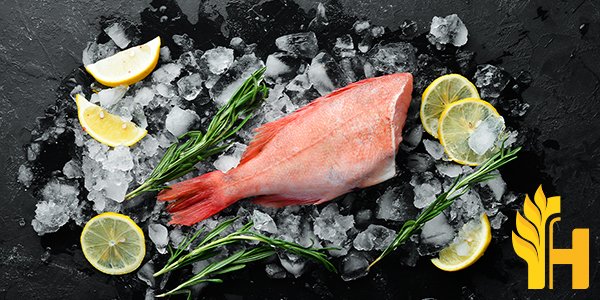 Where to buy and sell Redsnapper, lowest (cheapest) and highest price.

The Current commodity price of Redsnapper per kg, pound in the world in the global markets

The northern red snapper (Lutjanus campechanus) is a species of marine ray-finned fish, a snapper belonging to the family Lutjanidae. It is native to the western Atlantic Ocean, the Caribbean Sea, and the Gulf of Mexico, where it inhabits environments associated with reefs. This species is commercially important and is also sought-after as a game fish. The northern red snapper is similar in appearance to some other snappers, with a deep, laterally compressed body and triangular dorsal and anal fins set well back on the body. It can be distinguished from the yellowtail snapper (Ocyurus chrysurus) by the bright orange ventral sides of its tail. The upper jaw of this species extends beyond the lower; in adults over about 30 centimeters (0.98 ft) in length, the dorsal fin is situated entirely posterior to the ventral fins. The pectoral fins are also large and set well back on the body. There are no scales on most of its body; instead, it is covered with a thick layer of gelatinous material. The lateral line forms a high arch over the pectoral fins before sweeping down to the caudal peduncle and ending at a small but conspicuous spot just above and in front of the anus. This is one of only two snappers (the other being "Rhomboplites aurorubens") with a spot located in this position. The northern red snapper is found at depths between 5 and 35 meters (16 and 115 ft) in the western Atlantic, from North Carolina to northeastern Mexico, including the Gulf of Mexico and the Caribbean Sea except for much of the Yucatán Peninsula; it is known to inhabit waters off Belize. A bottom-dwelling fish, it is often found in and around coral reefs and rocky outcroppings. Adult red snappers tend to remain in a fairly small home range while larger individuals will roam more widely. Young red snappers spend most of the day in relatively shallow water (around 3 meters or 10 feet deep) near reefs or in seagrass beds. As the fish mature, they gradually move into deeper waters until they reach a depth of about 35 meters (115 ft). The diet of the northern red snapper changes as it grows and matures. Newly born larvae feed primarily on zooplankton such as copepods, mayflies, and shrimp. Juveniles up to about 15 centimeters (5.9 in) feed on fish and crustaceans, primarily prawns and crabs; larger individuals eat mainly squid and octopus. This species is preyed upon by the yellowfin grouper (Mycteroperca venenosa).

Redsnapper is a popular type of fish that is widely consumed around the world. It is a versatile fish that can be cooked in a variety of ways, making it a popular choice for both home cooks and professional chefs alike. There are several different types of redsnapper, but the most common is the American redsnapper (Lutjanus campechanus). This species is found in the western Atlantic Ocean, from North Carolina to Florida in the United States, and throughout the Gulf of Mexico. Redsnapper is a highly sought-after fish due to its delicate flavor and firm texture. It is commonly used in seafood recipes, such as fish tacos, ceviche, and fish soup. The global production of redsnapper has been steadily increasing in recent years, due to the growing demand for this popular fish. In 2016, the total production of redsnapper was estimated to be around 454,000 metric tons. The majority of this fish is caught in the wild, with only a small portion of the total catch being farmed. The United States is the largest producer of redsnapper, accounting for approximately one-third of the global production. Other major producing countries include Mexico, Indonesia, and China. As the demand for redsnapper continues to grow, it is likely that global production will continue to increase in the years to come. This will provide consumers with more opportunities to enjoy this delicious fish.