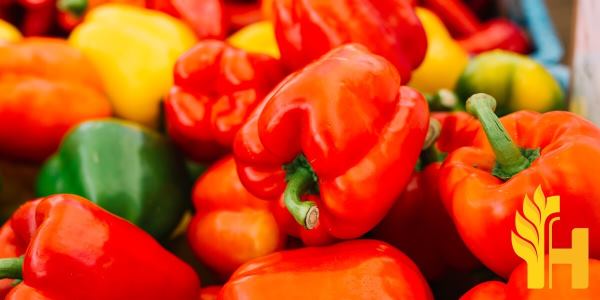 Where to buy and sell Redpepper, lowest (cheapest) and highest price.

Red pepper is characterized by its by a unique taste and many valuable nutritional values and health properties. It provides the human body with minerals, vitamins (C, E, A), phosphorus, potassium and iron. Red pepper is an excellent source of vitamin C and beta-carotene, yellow - lutein, and green - folic acid. The vegetable is an excellent source of antioxidants that help fight free radicals and thus inhibit the aging process. What's more, the properties of paprika support metabolism and support natural immunity.

Red pepper is often eaten not only raw, but also in the form of preserves, stewed, boiled, as an addition to sauces, soups and various dishes. The important thing is that even after heat treatment, it retains many important nutrients.

Unfortunately, the cultivation of red pepper is quite demanding. Achieving good yields may be extremely hard, especially for amateurs and beginner gardeners. In Poland, due to the climate and weather conditions, it is a perennial plant grown from specially prepared seedlings. The seedlings can also be bought in many gardening stores.

Before planting red pepper into the ground, it is worth choosing a place carefully, because it will be of key importance for the growth of the bush and fruit formation. Red pepper grows best in a warm, sunny and quiet position. If it is not covered by artificial covers, a good idea is to surround red pepper with other plants which will not block the sunlight but will protect it from cool gusts of wind.