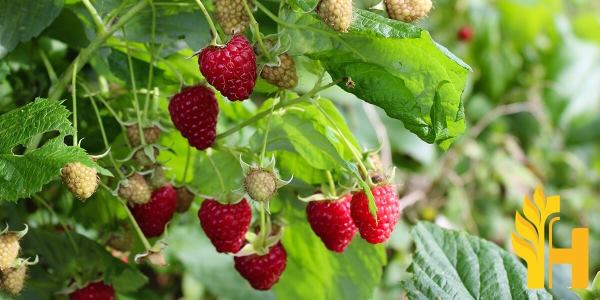 Where to buy and sell Raspberry, lowest (cheapest) and highest price.

The Current commodity price of Raspberry per kg, pound in the world in the global markets

Scientists claim that raspberries are native to Asia and North America. In Europe the plant was widely spread thanks to the Roman Empire and their soldiers who used dried fruit as a source of food during travels. Roman recordings confirm that the plant was already known in the 4th century. The same notes were found in Greek recordings from the same century. Raspberries were known as a great source of energy as well as a healing plant. Most probably the fruits were picked from wild forest cultivars or basic gardens.

The raspberry cultivars that are planted the most often are raspberry and its mixed cultivar. Black and purple raspberries are also found in North America. These plants grow best in fertile, moist, airy, and humus-rich soils. The best places to grow raspberries are the gentle slopes. Best fruit yield is dependent on the amount of water, that’s why rainfall helps a lot with the amount of fruit collects. Frost resistance varies among different cultivars. Raspberry is a shrub, it has a long-term, fairly shallow root system. It blooms from May to June, bears fruit in July. Shrubs of some varieties repeat fruiting in the fall.

Health and nutritious value of raspberry:
1. Raspberry fruit and leaves counteract fever. They stimulate the activity of the sweat glands and the sweat evaporating from the skin reduces the temperature.
2. Although the fruit is quite sweet it is not rich in calories. They are a rich source of fiber that stops hunger. Raspberries are a great addition to a healthy diet.
3. They help with stomach problems. They have a choleretic effect on the liver, which facilitates digestion.
4. Three servings of raspberries a day may be an effective remedy for macular degeneration in the eye.
5. Thanks to the minerals contained in the fruits, they lower blood pressure, have antiatherosclerotic properties, strengthen the heart.
6. People suffering from kidney and gallbladder diseases should consume raspberries because of the potassium they contain. It regulates the body's water and electrolyte balance.
7. Thanks to the richness of vitamins, raspberries have a positive effect on the immune system. The latest research also shows that the ellagic acid they contain shows anti-cancer properties.

Raspberries have many culinary uses. They are often used to prepare preserves such as juice, jam, or jelly. Dried fruit may be used in various teas. They are also used raw in desserts and baking as well as salads and ice cream. They are also quite often used as decoration of various dishes. .

Poland is one of the leading raspberry producers. The juicy aromatic fruit is loved not only for its gorgeous colors but also for its great taste. Its healing properties were known even in ancient times. It is a great addition to meals and beverages, especially in the colder months when natural immunology is slightly weaker. Raspberries are also used to prepare various kinds of tinctures.

Raspberries are plants from the rose family that grow wild in forests throughout almost all of Europe, part of Asia, and are also cultivated in many places around the world. They are closely related to blackberries, but in contrast to the ripe fruit easily separate from the bottom of the flower. Shrubs like slightly shaded or sunny positions, the ground is fertile, loose, slightly acidic, rich in nutrients, and quite moist, but not too wet. They tolerate low temperatures well. Unfortunately, raspberries are susceptible to various diseases - viral and fungal. They are also often attacked by numerous pests that damage the shoots and feed on the fruit.

The fruit is a rich source of many important nutrients. It is a great source of essential for the body minerals: acids: ascorbic, salicylic, citric, apple, as well as fiber, essential oils, mucus compounds, anthocyanins, and pectins. They are also a rich source of B vitamins, vitamins C, K, E, A, and minerals: potassium, phosphorus, calcium, magnesium, sodium, iron, and zinc.

Raspberries not only have a diaphoretic effect but also have a calming effect. They affect the proper functioning of the intestines while inhibiting the multiplication of unfavorable intestinal bacteria. The tea made of leaves is effective in relieving the symptoms of diarrhea. It can also be used to rinse the mouth and throat in case of inflammation. Moreover, it has a bile and diuretic effect. Fruit juice, on the other hand, is used during colds, flu, bacterial and viral diseases with fever. Raspberries have a gentle relaxing effect on the muscles, which is why they can soothe symptoms of painful periods. They also have a strengthening effect, and the ellagic acid contained in them has antioxidant properties, and thus protects against cancer.