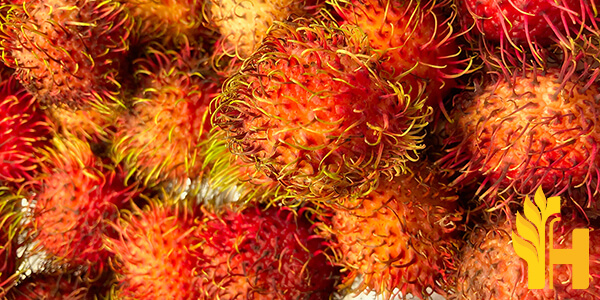 Where to buy and sell Rambutan, lowest (cheapest) and highest price.

The Current commodity price of Rambutan per kg, pound in the world in the global markets

Rambutan is a red fruit that tastes like a cross between lychee and longan, two types of berries from Southeast Asia. Rambutans are about the size of grapes with thick, spiny husks that may be green or reddish-purple. The fruit inside has a soft, jelly-like texture and a sweet flavor similar to juicy apples. Rambutan contains more vitamin C than oranges and it's also rich in antioxidants, which may help protect your cells from damage that can lead to cancer and other diseases. Rambutan is grown widely in Southeast Asia, Malaysia, Sri Lanka, and Pakistan. It's also cultivated in Hawaii, where it can be imported year-round. You can find rambutan in Asian markets and grocery stores that sell international foods. It's a popular fruit in Thailand, where it's called makok or makuk. One cup of rambutan contains only 46 calories and 0 grams of fat. Your body needs fuel from food to function efficiently, and the calories in rambutan give you that energy. Calories are units of energy that represent how much potential fuel is present in food. Without sufficient calories, your cells can't function properly and you may become malnourished over time. A serving of rambutan also provides 12 grams of carbohydrates. Carbohydrates represent one of three main categories of food, the others being fats and proteins. Carbohydrates are your body's favorite energy source because they're easily converted to glucose, which fuels every cell in your body. Your brain also requires a constant supply of glucose for optimal performance. Rambutan is a good source of several vitamins and minerals including vitamin C, vitamin A, niacin, riboflavin, and potassium. These nutrients help keep you healthy by supporting your metabolism, immune system, and nervous system. Vitamin C is an antioxidant that neutralizes free radicals in your body. Free radicals are unstable molecules that attempt to steal electrons from other molecules. When free radicals react with cells or DNA, they can damage or kill these cells. Vitamin C may help protect you against free radical damage that may lead to heart disease, cancer, and other conditions over time. Rambutan also contains the mineral potassium, which helps control your blood pressure and fluid balance. It's important for your nerves, muscles, and heart to function properly. Potassium may also boost your immune system and help you burn more calories at rest.

Rambutan is native to tropical Southeast Asia, specifically Malaysia, Indonesia, and the Philippines. The name rambutan is derived from the Malay word rambut meaning "hair", a reference to the numerous hairy spines coverings the fruit's skin. Rambutan is also known by other names such as mavris, pulasan, and nephelium lappaceum. Rambutan is a popular fruit in Southeast Asia and is increasingly becoming available in other parts of the world such as Australia, New Zealand, Europe, North America, and South America. Rambutan is a relatively small tree that can grow up to 20 meters (66 feet) in height. The leaves are dark green and glossy, and the flowers are small and white. The fruit of the rambutan tree is oval in shape and approximately the size of a chicken egg. The thin skin is covered with short, sharp spines. The flesh of the fruit is white or pale pink, and it contains a large seed. Rambutan is a popular fruit because of its sweet and sour taste, as well as its unusual appearance. Global production of rambutans was estimated to be around 1.3 million metric tons in 2013. Indonesia is by far the largest producer of rambutans, accounting for approximately 70% of global production. Other major producing countries include Thailand, Malaysia, Vietnam, and the Philippines. The majority of rambutans produced globally are consumed within the country of origin. However, an increasing amount of rambutans are being exported to other parts of the world as the demand for fruit continues to grow. The United States is one of the largest importers of rambutans, followed by Europe and Australia. The global production of rambutans is expected to continue to grow in the coming years as the fruit becomes more widely available and its popularity continues to increase.