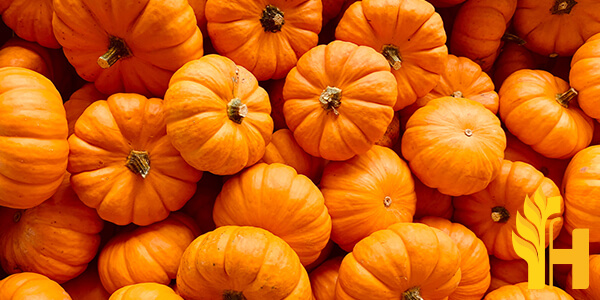 The current, latest prices of Pumpkin in the world in the global markets

pumpkin (out of state)

Pumpkin is a name given to fruits produced by certain species of squash, especially the Cucurbita pepo, Cucurbita moschata, Cucurbita maxima, and many other species that belong to the Cucurbitaceae family. The fruits are usually characterized by bright orange color as well as hard, thick rind with distinctive grooves. They are cultivated as a food source for both humans and animals and in some cases for their ornamental purposes.

Pumpkin plants produce long annual vines that are planted individually or in twos or threes. The plant grows best on little hills separated from each other by up to 3 meters. Pumpkins are a type of berries also known as pepo. They usually reach great sizes and a single fruit can weigh up to 8 kg or even more. There are also some varieties that produce fruits in a much smaller size. The largest fruits are produced by the C. maxima variety. Fruits produced by this variety may weigh over 34 kg. Pumpkins usually occur in a vast selection of yellow to orange colors, is oblate, globular to oblong in size, and often have a white rind. The rind is smooth, slightly furrowed, and/or ribbed. The stem of the fruit is hard and woody, angled and ridged. They mature in early autumn and, in optimal conditions, can be stored for a few months in dry places above the freezing temperatures.

Pumpkin is mostly served as a vegetable and used just like other winter squashes. It is especially popular in Europe and South America. In Canada and the United States pumpkin is an essential part of a traditional Pumpkin pie which is a popular Thanksgiving and Christmas dessert. A canned version of this vegetable is commonly made from the C. moschata and is often served with other winter squashes such as butternut squash.

The orange fruits are also popular autumn decorations, especially the common field pumpkin of the C. pepo variety. In some places of the world, it is an essential part of the Halloween season and is used to prepare well-known pumpkin lanterns known as jack-o’-lanterns. Pumpkins are also cultivated for their edible seeds that are commonly roasted and used in baking and cooking. In the USA they are known as pepitas. The seeds are also used to produce oil.