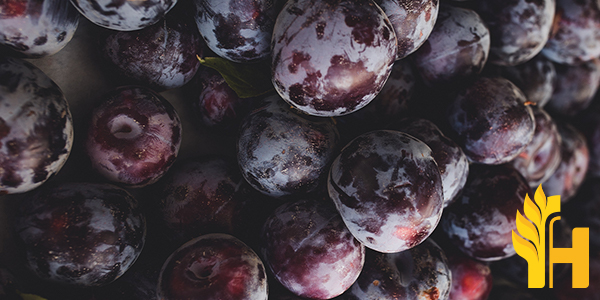 Where to buy and sell Plum, lowest (cheapest) and highest price.

The Current commodity price of Plum per kg, pound in the world in the global markets

Plums Other 2b Jumble Pack (7kg)

Plums and sloes in Afghanistan

Plums and sloes in Albania

Plums and sloes in Algeria

Plums and sloes in Argentina

Plums and sloes in Armenia

Plums and sloes in Australia

Plums and sloes in Austria

Plums and sloes in Azerbaijan

Plums and sloes in Belarus

Plums and sloes in Belgium

Plums and sloes in Bhutan

Plums and sloes in Bolivia

Plum is a type of fruit tree that reaches up to 10 meters in height. It produces white flowers with five petals. The flowers usually appear in large numbers making the tree beautiful. It belongs to the Rosaveous family and usually reaches up to 6 meters in height (the most usual size). The tree’s trunk is covered with dark blue tinted brown bark that is smooth and distinguished by longitudinally cracking. The tree produces alternate small and thin branches, Its root system is long, folding, and consists of winding, slightly branched roots that are located quite shallow in the ground.

The leaves are oblong and sawed, usually in dark green colors, smooth on the upper side, and pubescent on the bottom side. The tree produces small white, solitary flowers with small buds covered with rough scales. The flowers are built of five free petals with a waved edge. They have many stamens with bilobed anthers. Flowers turn into oval (sometimes round) fruits that are often covered with a wax-like substance. Depending on the variety, plum fruits can be red, white, purple, or yellow in color. The stone inside them is hairy and oblong. It is slightly compressed and has only one rib. Inside the stone, there are up to two seeds.

Plums are an excellent source of various types of vitamins and other important nutrients. They contain a significant amount of vitamin C, are rich in fiber, and are well-known laxatives. They are available in various forms in the market as they are commonly eaten raw, dried, or processed products such as jams, juices, or liquors. They are commonly used to prepare various dishes, especially desserts, cakes, and pies. The harvest takes place from June to August. Plums can be stored in the cold storage room. They are commonly dehydrated or dried in order to increase their preserve time. The fruits are quite energetic food as 100 grams contains up to 52 calories.

According to the latest data from the Food and Agriculture Organization of the United Nations, global plum production reached a record high in 2016, with more than 17 million tons of fruit being produced. The majority of this plum crop came from China, which is responsible for around 80% of the world's total production. Other major plum-producing countries include Italy, Spain, and the United States. The plum is a popular fruit that is used in a variety of culinary applications. Plums can be eaten fresh or used in jams, pies, and other baked goods. They are also a common ingredient in Chinese cuisine. Global production of plums has been on the rise in recent years, due in part to increased demand from China. Plum production is expected to continue to grow in the years ahead, as the fruit becomes more popular around the world.