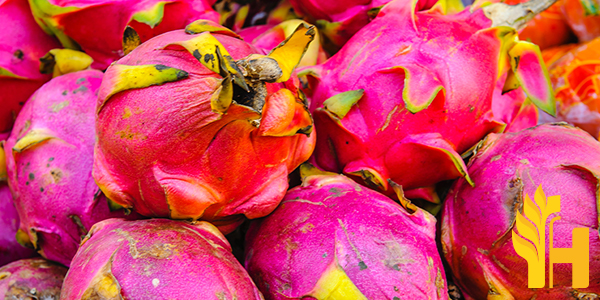 Where to buy and sell Pitaya, lowest (cheapest) and highest price.

The Current commodity price of Pitaya per kg, pound in the world in the global markets

Dragon fruit, also known as pitaya or strawberry pear, is a beautiful tropical fruit that is sweet and crunchy. The plant the fruit comes from is a type of cactus of the genus Hylocereus, which includes about 20 different species. As with many hybridized fruits common to Latin America, the dragon fruit is a crossbreed of two plants in the nightshade family, Hylocereus undatus and Selenicereus setaceus. The plant can grow to about 80 feet tall, but it has a climbing habit much like a typical vine. It is not picky about its climate and could even grow near the equator in countries like Guatemala, Costa Rica, and Panama. The dragon fruit plant blooms at night and has a very long flowering season, going from spring through to autumn. It produces a flower that is about 10 inches across with pointed petals and white color with magenta accents. The flowers have no scent, but once pollinated are very persistent, continuing to produce fruit throughout the life of the plant. The fruit itself is similar in size and shape to a watermelon or large grapefruit, but rounder on both ends. It has scales on its skin that can vary in color from green with yellow accents to reddish-purple with red stripes. The flesh of the fruit is white and contains large black seeds. The taste has been described as a combination of honeydew and kiwifruit, making it very tasty and popular in fruit salads and for out-of-hand eating. The dragon fruit plants prefer partial shade and well-draining soil. While it can grow to huge heights, it does not have the same aggressive root system as many other types of cactus, so it can easily be grown in a container. It blooms at night and should only be pollinated by nocturnal insects. If you are planning on growing this fruit yourself, try taping a honey pot to the flower overnight before picking it up to take it to the next plant. The fruit is ripe when the scales turn from a darker to a lighter color and come away from the fruit easily. Check the color of the peel, not just underneath but also on top, as there can be some green patches that are still unripe or areas that have started to rot. The best fruits will be eaten within 24 hours after picking and will not last more than a couple of days in the refrigerator once cut.

Pitaya is a fruit that grows on cactus plants. It is also known as dragon fruit. The outer skin of the pitaya is pink or red, and the inside flesh is white with black seeds. Pitaya is native to Mexico, Central America, and South America. The pitaya plant requires warm temperatures and well-drained soils to grow. Pitayas are grown in many tropical and subtropical countries around the world. The three main producing countries of pitaya are Vietnam, China, and Thailand. Other countries that produce pitaya include Taiwan, Peru, Colombia, Ecuador, Brazil, and Israel. The majority of the world's pitaya production is consumed within the country of origin. However, pitaya is becoming increasingly popular in other countries as well. The United States is a major importer of pitaya from Vietnam. The fruit is also gaining popularity in Europe, Australia, and New Zealand. Pitaya is a nutritious fruit that is high in fiber and antioxidants. It is also a good source of vitamins and minerals. The fruit has several health benefits, including the ability to boost energy levels, improve digestion, and promote weight loss. Pitaya is also believed to have anti-cancer properties. Pitaya can be eaten fresh, juiced, or made into jams, jellies, and other preserves. It can also be used as a natural food coloring agent. The global production of pitaya is expected to continue to grow in the coming years as the fruit becomes more popular around the world.