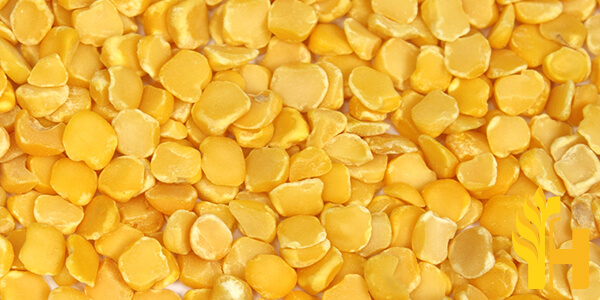 Where to buy and sell Pigeon Pea, lowest (cheapest) and highest price.

The Current commodity price of Pigeon Pea per kg, pound in the world in the global markets

Pigeon peas in Democratic Republic Of The Congo

Pigeon pea is an erect, short-lived perennial leguminous shrub that usually grows to a height of about 1-2 m, but can reach up to 2-5 m high. It quickly develops a deep (2 m depth) poisonous taproot. The stems are woody at the base, angular and branching. The leaves are alternate and trifoliate. Flowers are pinkish-purple, in pendulous racemes of 30-50 flowers. Pods are cylindrical, containing 1 to 6 round, dark brown seeds. Seeds are smooth, hard, and glossy. Pigeon pea is a drought-resistant crop that can flourish in dry conditions where other crops do not grow well. It can survive long periods of drought - up to one year if necessary - and only needs irrigation every six months. Pigeon peas are mainly cultivated in tropical regions around the world, including the Caribbean, West Africa, South Asia, and South America. In these regions, the crop is grown primarily for human consumption. Pigeon peas can be used in many different ways; they can be eaten when young and green or older and dried. Pigeon peas are also good for the environment because it is short-lived perennial plant and does not require a lot of water to grow. The seeds have 23-25% protein, 36-38% carbohydrate, 10-11% fiber, 1.5-2.0 % fat and 3-5% ash. The seeds provide the main ingredient for a porridge eaten in many regions, and also can be used to make tea. Because of its high protein content, it is sometimes fed to animals. The crushed seeds are often mixed into soil as a nitrogen fixer, improving fertility. Pigeon pea is a perennial that has many benefits, such as having high protein value and can improve soil quality. Pigeon pea is one of the most drought-resistant crops in the world but can also withstand up to 100 cm of rain. It can grow in semi-arid conditions with an annual rainfall of 600-1200 mm and up to 4,000 m altitudes. Pigeon pea is well adapted to infertile, sandy soils with high salinity and acidity. The seeds are small (approximately 0.8 cm long). One seedpod contains four seeds.

The pigeon pea is a tropical legume that is popular in many parts of the world, especially in Asia and Africa. The plant is hardy and can grow in poor soils, making it an ideal crop for farmers in developing countries. Pigeon pea is a major source of protein and essential nutrients for millions of people around the world. Pigeon pea is grown in more than 30 countries, with India being the largest producer. Other major producers include Brazil, China, Mozambique, Tanzania, and Uganda. Global production of pigeon peas has increased steadily over the past few decades, reaching a record high of 3.7 million tons in 2013. This increase is largely due to the growing demand for pigeon peas in developing countries. Pigeon peas are used in a variety of dishes, including curries, soups, and stews. They can also be boiled or roasted and used as a snack food. The beans are high in protein and essential nutrients, making them an important part of the diet for millions of people around the world. The global production of pigeon peas is expected to continue to grow in the coming years, as demand for the crop increases in developing countries. This will help to improve the food security and nutrition of millions of people around the world.