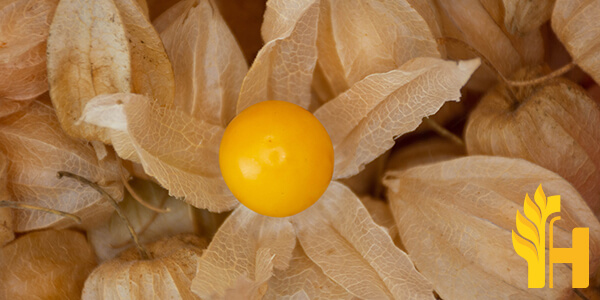 Where to buy and sell Physalis, lowest (cheapest) and highest price.

The Current commodity price of Physalis per kg, pound in the world in the global markets

Physalis is a genus of flowering plants in the nightshade family (Solanaceae) commonly called groundcherries, or more specifically Japanese lantern, Cape gooseberry, Chinese lantern, cherry tomato, etc. It includes about 90 species of annual and perennial herbaceous plants and shrubs, mostly native to tropical and subtropical regions of the Americas. The genus is named after the Greek word physa, meaning bladder, owing to the calyces that look like upside-down bladders when their petals fall off. The leaves are alternate, simple, entire or lobed, and usually densely hairy. The flowers are produced in a characteristic lantern shape, hence another common name, "Cape gooseberry". This flower structure is used to attract pollinating insects. Each flower is either bisexual or male (with very few female plants). Only the female flowers have an ovary that ripens into a fruit with many seeds. The first flowers to open and be pollinated are those located lowest on the inflorescence; as growth continues, later-opening flower buds move up the stem. These self-reinforcing behaviors result in little or no fruit set towards the tip of the stem, even if there are female flowers produced. The fruits are smooth, fleshy berries in varying shades of red, yellow, orange, or green. Physalis fruits are unusual in that they are covered by a papery thin layer (the exocarp and mesocarp), normally discarded when the fruit is consumed. The actual fruit consists of the berry plus the entire length of the style, fused to form a cylinder surrounding the seeds. This fruit type is called an "indehiscent" berry, meaning it does not open at maturity to discharge seeds. When cultivating Physalis, remember that the fruit needs very little assistance to start growing--it can be seeded almost anywhere (including directly in the ground) and will germinate when exposed to temperatures above 35°F. The plant can be propagated from seed and cuttings, though it is at its most productive when grown from seed. It can also be divided to create more plants. Physalis fruits may be used as food or as a flavoring for their perceived citrus flavor (due to the presence of aromatic oils), such as in candies, liquors, drinks, and sauces. The cape gooseberry has been introduced as a commercial crop in subtropical areas of the world for this purpose. The fruit is edible both cooked or raw, depending on ripeness, but it requires handling with care because the berry's inflated calyx becomes quite sharp when ripe. Preparing it for consumption involves removing the husk, which can be done by hand or in a blender. The fruit is used in various beverages, desserts, and preserves.

In 2016, physalis flower global production was estimated at 2.1 million metric tons. The majority of this production came from China, which accounted for approximately 1.3 million metric tons. Other top producers included India (350,000 metric tons), Mexico (210,000 metric tons), and Peru (170,000 metric tons). The physalis flower is native to Central and South America, but it is now grown in many other parts of the world. The plant grows best in warm climates with plenty of sunlight. It is a hardy plant that can tolerate poor soil conditions and little water. The physalis flower has a long history of use in traditional medicine. The flowers and leaves are used to make teas and tinctures that are said to have a variety of health benefits. The most common use of the physalis flower is to treat respiratory infections, but it is also used to boost the immune system, improve digestion, and reduce inflammation. In recent years, the physalis flower has become popular as a decorative element in floral arrangements. The bright yellow flowers add a splash of color to any arrangement and can be used fresh or dried.