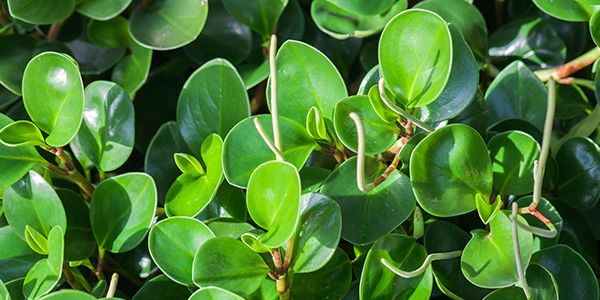 Where to buy and sell Peperomia, lowest (cheapest) and highest price.

The Current commodity price of Peperomia per kg, pound in the world in the global markets

Peperomia is a delightful, easy-to-grow houseplant that's been around for years. The compact size and graceful trailing stems of peperomia make it an ideal plant for hanging baskets, terrariums, and even as a groundcover in some gardens. Peperomia is native to tropical and subtropical regions of the world, in both the New World and Old World. Most of the more than 1,000 species are found in Central and South America. A few species are found in Africa and one in Sri Lanka. Peperomia are small, often very attractive succulent plants with fleshy leaves. The leaves are usually variegated with green, red, brown, or grayish colors. Some peperomia have leaves that are attractively patterned with stripes or other markings. The flowers of peperomia are not showy, but they are borne in dense clusters on upright stalks. Peperomia make excellent houseplants and will thrive in a wide range of indoor conditions. They are relatively easy to care for and can be propagated readily from stem cuttings. Peperomia are generally tolerant of a wide range of light conditions, although they prefer bright, indirect light. too much direct sunlight can scorch the leaves. Peperomia will also do well under fluorescent lights. Peperomia is fairly drought tolerant and can be allowed to dry out somewhat between watering. However, they will do best if kept evenly moist. Over-watering can lead to root rot. Peperomia can be fertilized monthly during the growing season with a balanced liquid fertilizer diluted to half strength. Be sure to flush the soil with clear water monthly to prevent the buildup of fertilizer salts. Peperomia is relatively pest-free but can be susceptible to mealybugs and scale. If pests do become a problem, they can be controlled with insecticidal soap or horticultural oil. Peperomia is easy to propagate from stem cuttings. Simply take a 4-6 inch cutting from a healthy plant and insert it into a pot of moistened potting mix. Keep the cutting warm and humid until new growth appears, which usually takes 2-4 weeks. Once new growth appears, you can reduce the humidity around the cutting and water as normal.

Peperomia plants are native to tropical and subtropical regions of the world, including Central America, South America, Africa, and Polynesia. They are widely cultivated as ornamental plants and houseplants due to their attractive foliage. Peperomia species are typically small, succulent plants that grow to 20-30 cm in height. The leaves are often variegated or have interesting patterns, and the flowers are small and insignificant. Peperomia plants are grown for their ornamental value, and they are relatively easy to care for. However, they can be susceptible to mealybugs and other pests. Peperomia plants are widely cultivated in tropical and subtropical regions around the world. The main producers of peperomia plants are Brazil, Colombia, Ecuador, Peru, and Venezuela. These countries account for over 80% of the global production of peperomia plants. Other significant producers include China, India, Kenya, Mexico, and Thailand. Peperomia plants are popular houseplants due to their attractive foliage and easy care. They can be grown in a wide range of conditions, but they prefer warm, humid environments. Peperomia plants are typically propagated by stem cuttings or leaf cuttings. They can also be propagated by division or root cuttings.