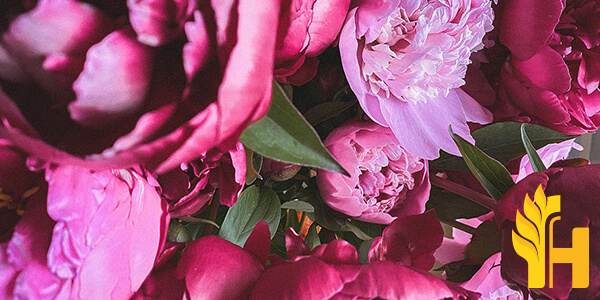 Where to buy and sell Peony, lowest (cheapest) and highest price.

The Current commodity price of Peony per kg, pound in the world in the global markets

Peony is a name of a genus that consists of 30 species of flowering plants that belong to the Paeoniaceae family. The plants are well-known for their huge and beautiful blossoms. Almost all species are native to Europe and Asia, and several of them are cultivated for their ornamental purposes as well as for the floral industry.

Peonies are divided into three groups: the Asian tree, the North American peonies, and the herbaceous European peonies. The European groups are commonly perennial plants that reach up to 1 meter in height. They are characterized by their large, shiny leaves that are much divided. The leaves are borne on annual stems that are produced by fleshy rootstocks. The plant produces single, rarely double, large flowers that usually are pink, white, rose, or deep crimson in color in early summer or late spring. The two varieties that are the most common for the gardens are the fragrant Chinese peony and the common European peony. Chinese peony has provided hundreds of varieties that are widely cultivated which differ from each other by the size, shape, colors, or even the number of petals and their surrounding.

Apart from the herbaceous varieties, peony may also occur as a shrubby plant that forms permanent woody stems. The plant reaches up to 1.8 meters in height. Their blooming season usually starts in late spring. Their flowers are usually lilac, violet, or red. These peonies grow best in the summer season, as they love sunny and dry weather. Horticultural varieties from this group have been developed from the Chinese P. suffruticosa. The hybrid varieties produce single or double flowers.

Peonies are commonly grown as ornamental plants in gardens and landscapes thanks to their scented, large flowers. They are also used in traditional medicines of Japan, China, and Korea. Their roots are used to treat convulsions. Its flowers are used to prepare a tea-time delicacy. Peony water, an infusion of peony petals, is a drink known since the Middle Ages. Peony petals may be used in salads and/or added to punches and lemonades.