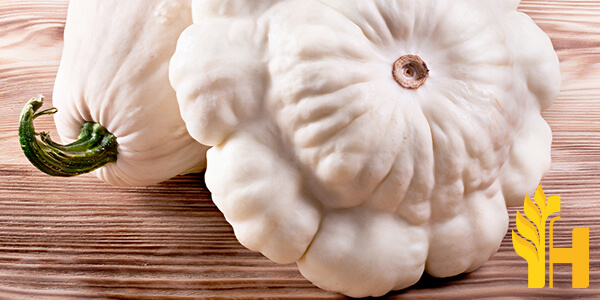 Where to buy and sell Patison, lowest (cheapest) and highest price.

The Current commodity price of Patison per kg, pound in the world in the global markets

Pattypan squash, also known as patison, is a unique type of squash. It is flat shaped, with distinguishing coloration and slightly ruffled edges. Pattypan is a type of summer squash and, just like zucchini, can be consumed with the skin which is both thin and soft. Some say that the shape of this plant’s fruit is similar to a flying saucer. Due to its distinctive shape, the fruit is also called the scallopini squash.

Being a unique type of squash, pattypan does not contain any moist pulp. Its flesh is quite dry. The fruits can be harvested both as baby vegetables when they are no larger than a table tennis ball or as mature fruits when it reaches a diameter similar to the diameter of a soft ball. The older the fruit gets, the harder the skin gets and cannot be consumed.

The fruit usually appears in many different colors but commonly can be found in yellow, pale or dark green, white, and many color mixtures. Pattypan squash tastes similar to zucchini tho its texture is slightly drier. It can be served just like zucchini in many different types of dishes. Patison can be roasted, grilled, cooked, or fried. It is also a perfect vegetable that can be stuffed with many different fillings such as seasoned beans, rice shredded pork, or chicken. They are quite useful in the kitchen.

Pattypan squash is an excellent source of various vitamins, especially vitamin C and B-complex. It contains important for the body minerals such as iron, calcium, manganese, phosphorus, zinc, and sodium. It is low in calories, as 100 grams of raw fruit contains only 18 calories. The fruit does not contain saturated fats or cholesterol. Additionally, the skin is a great source of natural dietary fiber. The fruit contains also various natural antioxidants such as lutein, zeaxanthin, and carotenes.

According to the latest figures from the United Nations Food and Agriculture Organization (FAO), global production of patison vegetables reached 9.7 million metric tons in 2016, up from 8.9 million metric tons in 2015. The majority of this production came from Asia, with China accounting for nearly 60% of the total. Other major producers include India, Pakistan, Bangladesh, and Vietnam. Patison vegetables are a type of squash that belongs to the cucurbit family, which also includes melons, cucumbers, and gourds. The plants are typically harvested while the fruits are still young and immature. Patison squash is popular in many Asian cuisines and is often used in stir-fries, soups, and curries. The FAO expects global production of patison vegetables to continue to grow in the coming years, driven by demand from Asia. With rising incomes and changing dietary preferences, more and more people in the region are expected to consume patison squash on a regular basis. This trend is expected to lead to higher levels of production in Asia, as well as other regions of the world.