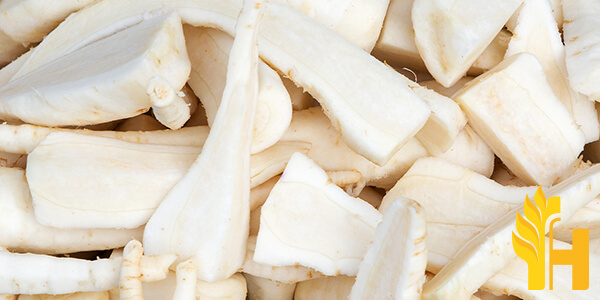 Where to buy and sell Parsnip, lowest (cheapest) and highest price.

The Current commodity price of Parsnip per kg, pound in the world in the global markets

Parsnip is a plant that has been cultivated since ancient times for the edible, large, tapering, fleshy white root. The root is characterized by its distinctive flavor. It can be found growing in wild in Great Britain and throughout Europe and Asia. The plant has also been domesticated in the Americas early in the 17th century and has become especially popular in North America. The plant belongs to the family Apiaceae and shares many similarities with parsley.

Parsnip is commonly sown in spring from seeds. It is cultivated thinly in rows that are located half a meter apart. The plant requires thinning to stand up to 7 cm apart in the row. At the end of summer, the root becomes full of starch which is next, later in the year, change to sugar to the influence of the low temperatures. The large roots created by the plant are resistant to low temperatures and are not damaged even by hard freezing of the soil. The plant is usually served as a cooked vegetable characterized by its sweet mild taste.

The root of parsnip is naturally low in fat and is a great source of dietary fiber. It is an excellent source of potassium on other important minerals. Potassium is an essential mineral responsible for the proper maintenance of the blood pressure level. It is also a good source of folate. Folate is a compound responsible for the contribution of compounds responsible for the optimal and right function of the immune system. It also helps to reduce the negative effects of fatigue and tiredness. Boiled parsnip is high in sugar that is why it should not be consumed by people suffering from diabetes and other diseases that may be negatively affected by high sugar content.

Parsnips are root vegetable that is typically white or cream-colored. They have a sweet, nutty flavor and are often used in soups, stews, and roasted dishes. Parsnips are a good source of fiber and vitamins C and K. Global production of parsnips has been steady in recent years, averaging just over 4 million metric tons per year. The majority of parsnips are grown in Europe, with the Netherlands and United Kingdom being the top producers. Other major producing countries include Canada, China, and the United States. Parsnips are relatively easy to grow and can be harvested from late summer to early winter. They are typically grown from seed, and the young plants should be thinned so that they are about 10-15 centimeters apart. Parsnips can be prone to pests and diseases, but there are a number of organic and chemical controls that can be used to manage these problems. With their sweet, nutty flavor, parsnips make a great addition to soups, stews, and roasted dishes. They can also be eaten raw, and are often used as a substitute for carrots in salads and other dishes. Parsnips are a good source of fiber and vitamins C and K. When shopping for parsnips, look for firm, smooth roots that are free of blemishes. Avoid parsnips that are soft, bruised, or sprouted. Parsnips can be stored in the refrigerator for up to two weeks. Parsnips are versatile root vegetables that can be used in a variety of dishes. Whether you're looking for a new way to add flavor to your soups and stews or you're simply looking for a healthy and delicious vegetable to add to your meals, parsnips are a great option.