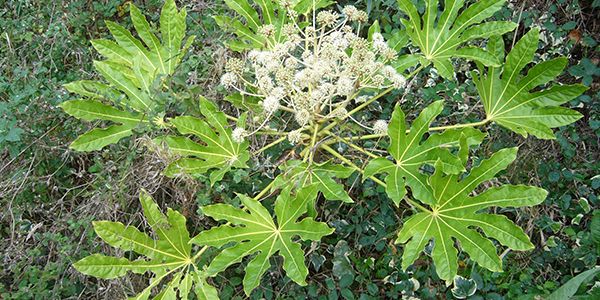 Where to buy and sell Paperplant Fatsja Japonica, lowest (cheapest) and highest price.

The Current commodity price of Paperplant Fatsja Japonica per kg, pound in the world in the global markets

The paperplant (fatsja japonica) is a flowering plant in the family Lamiaceae, native to East Asia. It is a popular ornamental plant in China, Japan, and Korea, and is also grown commercially for the production of paper. The paperplant is a small shrub or tree that typically grows to a height of 3-5 m (10-16 ft). The leaves are ovate-shaped, dark green in color, and measure 7-15 cm (3-6 in) long and 4-8 cm (1.6-3.2 in) wide. The flowers are white or pink in color, and bloome from June to July. The paperplant is propagated by seed, cuttings, or division. It prefers moist, well-drained soils and is tolerant of shade. The paperplant is susceptible to aphids, scale insects, whiteflies, and spider mites. The paperplant is a perennial herbaceous plant that grows up to 2 meters in height. It has long, thin, and slightly curved leaves with parallel veins. The flowers are small and white, and they grow in clusters. The fruit of the paperplant is a small, round berry that is black when ripe. The paperplant is native to the tropical regions of Asia, Africa, and South America. It is commonly cultivated in these regions for its paper-like leaves, which are used in the manufacture of paper and other products. The paperplant is also grown as an ornamental plant in many parts of the world. Paperplants are one of the most popular houseplants, and for good reason! They're easy to grow and care for, and they make a beautiful addition to any home. If you're thinking about adding a paperplant to your collection, here's what you need to know about paperplant cultivation. Paperplants are native to tropical and subtropical regions of Asia, Africa, and Oceania. In their natural habitat, they typically grow as epiphytes, meaning they're often found growing on other plants or trees. Paperplants can also be found growing in soil, but they're less common in this habitat. Paperplants are typically grown in pots or containers, and they can be planted in either potting soil or organic materials such as sphagnum moss. If you're growing your paperplant in a pot, make sure the pot has drainage holes to allow excess water to escape. Paperplants need bright, indirect light to thrive. They can tolerate some direct sun, but too much direct sunlight can cause the leaves to burn. If your paperplant is not getting enough light, the leaves will become pale and limp. Paperplants prefer to grow in warm temperatures, between 65 and 80 degrees Fahrenheit. They can tolerate some temperature fluctuations, but sudden changes can cause stress to the plant. If the temperature drops below 60 degrees Fahrenheit, the leaves may start to drop off.

There are more than 200 species of paperplant, also known as fatsia, native to Asia, Africa and the Pacific Islands. Paperplant (Fatsia japonica) is one of the most popular species in cultivation and is widely grown as an ornamental plant in gardens and parks. Paperplant is a large evergreen shrub or tree that can grow up to 20 m (66 ft) tall. The leaves are large, lobed and glossy green, up to 70 cm (28 in) long and 35 cm (14 in) wide. The flowers are white, borne in clusters of up to 30 blooms. Paperplant is dioecious, meaning that male and female flowers are borne on separate plants. The fruit is a black berry, 5-10 mm (0.2-0.4 in) in diameter. The paperplant is cultivated in China, Japan and Korea for its wood, which is used to make paper and charcoal. It is also grown as an ornamental plant. The species is naturalized in Taiwan, the Ryukyu Islands, the Philippines and Hawaii. In China, paperplant is called zhuzi (朱梓), in Japan it is known as kōzo (楮) or gampi (ガンピ), and in Korea as choripdari (초립다리). The paperplant is widely cultivated as an ornamental plant in temperate regions. It is often used as a bonsai subject. Numerous cultivars have been selected, including 'Aurea' with yellow leaves, 'Variegata' with white-margined leaves, and the dwarf 'Nana'. The wood of paperplant is soft, light and spongy, and is used to make paper and charcoal. In China, it has been used for papermaking since at least the 2nd century AD. The Chinese name for paperplant, zhuzi (朱梓), means "red inkstick tree", referring to the use of its wood to make red inksticks. Global production of paperplant was estimated to be 250,000 tonnes in 2017, mostly grown in China. Other significant producers were Japan, Korea and Taiwan.