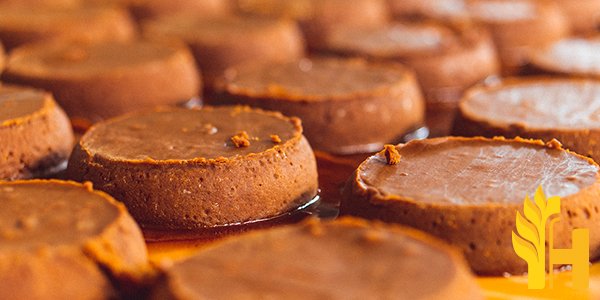 Where to buy and sell Panela, lowest (cheapest) and highest price.

The Current commodity price of Panela per kg, pound in the world in the global markets

Panelá is a type of sugar that is made from the boiling and evaporation of sugarcane juice. It is unrefined and has a characteristic molasses flavor. Panelá is popular in Central and Latin America, where it is used to make sweets, drinks, and other dishes. Panelá is a type of unrefined sugar made from sugar cane. It has a rich, full-bodied taste, somewhat similar to molasses, but a bit milder. (Molasses also comes from sugar cane—a more concentrated by-product that is produced when refined sugar crystals are extracted from the cane liquid - which is why a mild molasses flavor remains in the unrefined cane sugar) Panelá is a popular sweetener in many Latin American countries. It can be used as a substitute for brown sugar, honey, or maple syrup. Panelá is also a good source of minerals such as magnesium, potassium, and zinc. Panela is a type of sugar that is popular in Latin America. Unlike what Americans know as brown sugar, which is refined sugar with molasses mixed in, panela is traditionally made by boiling fresh cane juice in metal pots set over an oven fueled by the dried fiber of pressed cane. The result is a solid sugar with a subtle molasses-caramel flavor and slight mineral aftertaste. Panela is often used in baking, and can also be used as a sweetener for coffee or tea. Some people even use it as a health supplement, because it is thought to have some beneficial properties. Panelá is still sugar and has the same number of calories/kilojoules you would get from regular sugar. So don't overdo it as it can contribute to weight gain if consumed in excess amounts. However, panelá does have some nutritional benefits over regular brown sugar. It is less processed so it retains more of the nutrients found in sugar cane, such as vitamin C, minerals (including potassium and magnesium), and antioxidants. These can all contribute to a healthier diet. So if you're looking for a healthier sugar option, panelá is a good choice. Panelá is a type of sugar that is made from sugar cane juice. Unlike typical brown sugar, panela is brown all the way through. It, therefore, contains a higher proportion of molasses and tastes much more unrefined. Panela is a less-pure sugar than normal brown sugar because it is made the old-fashioned way, without a centrifuge. Panelá comes from Latin America, where it has been used for centuries. The first mention of panelá came from the Spanish conquistadors in the 16th century. Panelá is said to have health benefits because it is less processed than other sugars. It also has a lower glycemic index, meaning it doesn’t cause a rapid spike in blood sugar levels. Despite its benefits, panelá is not as popular as other types of sugar. This may be because it is more expensive to produce and has a different flavor than other sugars. Nevertheless, it is gaining popularity in North America and Europe as people become more interested in its health benefits.