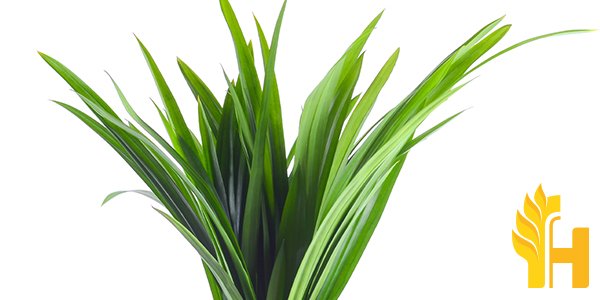 Where to buy and sell Pandan Leaf Flower, lowest (cheapest) and highest price.

The Current commodity price of Pandan Leaf Flower per kg, pound in the world in the global markets

Pandan leaves are medium to large and are elongated, narrow, and oblong. The leaves have a unique and distinct grassy aroma when first crushed that mellows out to a subtle, herbal, and floral aroma. When cooked, Pandan leaves have a nutty, almond, rose-like, and slightly sweet flavor. Pandan leaves are used to add flavor and aroma to rice dishes, desserts, cakes, and beverages. It is also commonly added to chicken or pork broth for additional flavor. Pandan leaves can be purchased fresh or frozen in Asian specialty stores and some well-stocked grocery stores. They can be stored frozen for up to 6 months or in the refrigerator for up to 1 week. If using frozen leaves, allow them to thaw completely before use. Pandan extract can be found in some spice shops and Asian specialty stores, but if not available, pandan leaves may be substituted for vanilla extract. Pandan leaves are commonly used in Southeast Asian cooking to enhance the flavor of coconut milk-based curries such as Red Curry (Thai), Fish Curry (Malaysian), and Chicken Curry (Singaporean). Pandan leaves are also commonly used as a flavoring for many desserts such as ice cream, cakes, pudding, custards, creme brulee, puddings, etc. They are also used to impart color in certain dishes like rice and coconut milk-based steamed cakes known as Putu Mayam in Malaysia and Indonesia. In Sri Lanka, Pandan leaves are commonly used as a natural food dye for rice flour-based sweets such as sevai/pittu and kokis. Pandan leaves are also commonly used to wrap savory fillings before being steamed, grilled, or baked. Pandan extract color is a light yellow/green, and it is used in various types of dishes to add a scent and flavor. In addition to food products, pandan extract is also used in cosmetics, shampoos, detergents, perfumes, candles, and other household items. When the pandan extract was combined with viscous acacia in the ratio of 1:1, it produced a greenish paste. At pH 8.0, this formulation is stable with desirable appearance and physical characteristics, for about 6 months without any preservatives.

Pandan leaf is an important ingredient in Southeast Asian cuisine. It is used to flavor curries, rice dishes, and desserts. The leaves are also used to make Pandan extract, which is used as a natural food coloring. Pandan leaf is native to Malaysia, Indonesia, and Thailand. In recent years, however, the plant has been introduced to other parts of the world, including the Philippines, India, Vietnam, and Nepal. As a result, pandan leaf is now grown in many tropical countries. Global production of pandan leaves has increased steadily in recent years. In 2016, global production was estimated at 3,000 tonnes, up from 2,500 tonnes in 2013. The majority of pandan leaf is produced in Indonesia, with Thailand and Malaysia being the next largest producers. Pandan leaves are harvested from the wild or from cultivated plants. The leaves are usually harvested when they are about 1-2 meters long. After harvest, the leaves are sun-dried or air-dried before being used.