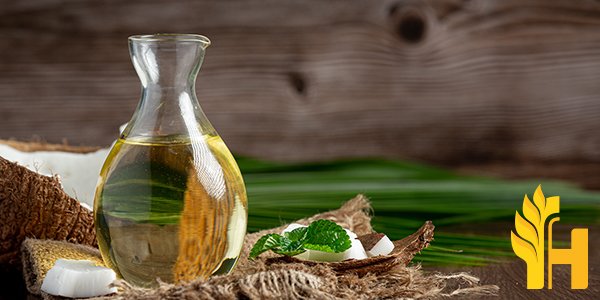 Where to buy and sell Palm Oil, lowest (cheapest) and highest price.

Palm oil is a type of edible vegetable oil that is derived from the palm fruit, which grows on the African oil palm tree. Palm oil is an extremely popular oil in many parts of the world, due to its relatively low cost and high level of saturated fat. While palm oil has a number of benefits, it also has a number of drawbacks. One of the biggest concerns with palm oil is its environmental impact. The production of palm oil has been linked to deforestation and habitat loss in Indonesia and other parts of Southeast Asia, as well as to climate change. Another concern with palm oil is its effect on human health. Palm oil is high in saturated fat, which can raise cholesterol levels and increase the risk of heart disease. Some studies have also linked palm oil to cancer. Despite these concerns, palm oil remains a popular ingredient in many products, including food, cosmetics, and cleaning products. If you are concerned about the environmental or health impacts of palm oil, you can look for products that are made with certified Sustainable Palm Oil. This type of palm oil is produced in a way that minimizes the negative environmental impacts of palm oil production. Palm oil is a type of vegetable oil that is extracted from the fruit of the African oil palm tree. It is one of the most widely used oils in the world and is commonly found in a variety of products, including cooking oils, margarine, and shortening. Palm oil has a high saturated fat content, which makes it resistant to oxidation and spoilage. It is also a good source of beta-carotene, which is converted to vitamin A in the body. Palm oil is a popular ingredient in many commercial bakery products, as it gives them a moist texture and rich flavor. Palm oil is a controversial ingredient because of its environmental impact. The clearing of land for palm oil plantations often results in the destruction of rainforests and the displacement of indigenous people. Additionally, palm oil production is a major contributor to greenhouse gas emissions. Because of these concerns, many companies have committed to sourcing sustainable palm oil. The process of palm oil production involves the extraction of the oil from the fruit of the palm tree. The fruit of the palm tree is crushed and then the oil is extracted from it. The oil is then refined and bleached to remove impurities. Finally, the oil is bottled and sold. The palm oil production process is a complex one that requires the use of specialized equipment and machinery. In addition, it also requires the use of chemicals and other materials to extract the oil from the fruit of the palm tree. This makes the process of palm oil production a very costly one. Despite the high cost, palm oil production has become a very profitable business for many companies. This is because the demand for palm oil is constantly increasing. As a result, these companies are able to sell their products at a higher price and make a good profit. Palm oil production is also a very labor-intensive process. This is because the workers who are involved in the process of palm oil production need to be very skilled in order to operate the machinery and equipment. In addition, they also need to be very careful in order to avoid any accidents. The production of palm oil is vital for the economy of many countries in Southeast Asia. In 2016, the combined output of Indonesia, Malaysia, and Thailand – the world’s three largest palm oil producers – was 19.01 million tonnes. Indonesia is by far the largest producer of palm oil, with a production volume of over 11.5 million tonnes in 2016.

The production of palm oil has increased dramatically in recent years, making it one of the most important agricultural commodities in the world. According to the World Bank, palm oil production grew by more than 50% between 2000 and 2012, reaching a total of 52 million metric tons per year. The vast majority of this palm oil is produced in just a handful of countries, with Indonesia and Malaysia accounting for the lion’s share. These two countries alone produce more than 80% of the world’s palm oil, with Indonesia leading the way with an annual production of 27 million metric tons. This is followed by Malaysia, which produces 19 million metric tons of palm oil per year. The other top palm oil-producing countries include Thailand, Colombia, and Nigeria. The increase in palm oil production has been driven by a number of factors, including the growing demand for the commodity in both developed and developing countries. In developed countries, palm oil is used in a variety of food products, as well as in cosmetics and biofuels. In developing countries, palm oil is used as a cooking oil and is an important source of income for small farmers. The growing demand for palm oil has led to a number of environmental and social problems in the countries where it is produced. For example, the conversion of rainforests to palm oil plantations has resulted in the loss of habitat for many species of animals and plants, as well as the displacement of indigenous peoples. In addition, the use of harmful chemicals in palm oil production has resulted in water pollution and soil erosion. Despite these problems, palm oil remains an important agricultural commodity due to its versatility and the fact that it is relatively easy to produce. As such, it is likely that palm oil production will continue to grow in the years to come.