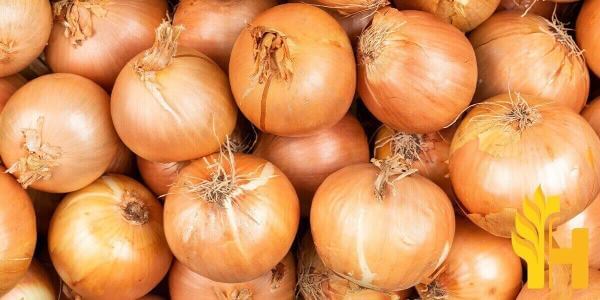 Where to buy and sell Onion, lowest (cheapest) and highest price.

The Current commodity price of Onion per kg, pound in the world in the global markets

Onions, dry in Antigua and Barbuda

This characteristic, strong and harsh, spicy aroma is well known by almost everyone, it's not surprising tho because onion is a very popular vegetable, known all over the world. It is eaten raw, steamed, boiled, fried, used as a seasoning, used as an ingredient of salads, preserves, and many more. Onion was known by ancient Egyptians, and some scientists claim that it could have been cultivated in Bronze Age, because this vegetable is quite easy to cultivate, has no special care demands, and is easy to store. It was even used as a medicine, especially in curing such diseases as scurvy, that's why onion was an absolute must in a diet of sailors, sea travelers, and fishermen. Onion's nutritional properties are often underrated or even forgotten, but undeniably it was well used by our grandmothers. The most characteristic component of this vegetable is its volatile oils (silicon and sulfur compounds). These oils are responsible for eye and nose irritations. The intensive smell may cause intensive crying, but it helps the purification and improves bad cases of a runny nose or conjunctivitis. Onion juice has been used as a remedy for coughing and fevers for ages. It helps with expectorant and secretion-thinning and other infections of the upper respiratory tract. This natural medicine works just like an antibiotic, it helps to combat microbes and it stops skin inflammation. Onion has also several antiseptic properties and is used in treating bad skin conditions. Onion used in the form of compresses destroys bacteria on the surface of our body (e.g. staphylococcus aureus), supports the healing of wounds, abscesses, skin cracks, boils, ulcers, burns, and acne. It is also used as a remedy for insects bites. It helps to reduce swallowing, pain, and skin irritation as well as boosts healings of various stings. This vegetable is low in calories and contains lots of precious vitamins (C, E, K, PP, B1, B2) as well s is rich in minerals (potassium, phosphorus, calcium, magnesium, sodium, iron, zinc). Onion improves natural immunology. Eaten regularly, it prevents blood clots, lowers cholesterol and blood pressure. It is also recommended for people struggling with diabetes. It is said to relieve hangovers, but people with liver and digestive system diseases, enteritis, heart failure and kidney diseases are not recommended to eat it.

The distinctive, sharp taste of common onions is known to everyone, but not everyone knows that there are also milder varieties of this popular vegetable. One of them is the "Red Baron" onion, which not only looks beautiful when served raw in salads and cold dishes but also has valuable pro-health properties. Specimens of this variety are slightly flattened and spherical. Although it is called red, its strong scales and brittle flesh fall into shades of purple. Importantly, unlike its light cousin, it does not irritate the eyes when slicing and is also a rich source of anthocyanins. In addition, we can find other important nutrients: magnesium, sulfur, potassium, calcium, copper, vitamins C and E, as well as B vitamins. Red onion has anti-inflammatory and antibacterial properties. It is a highly valued vegetable in the culinary arts. It is this variety that is used to prepare a delicious jam - an addition to meats, pates, and different types of cheese. Red onion is also an ingredient of the popular Indian sauce – chutney.

Well-known onion is a vegetable of characteristic strong aroma and spicy taste. It is a common ingredient in many dishes all over the world. However, its characteristic features are not liked by everyone, that's why some prefer its softer cultivar the sweet onion. This popular onion cultivar has soft white skin which doesn't look like the classic hard onion shells. It is also characterized by its crunchy, juicy, and soft flesh. It is also softer in taste and slightly sweet – that's the origin of its name. This type of onion has several different types among which a few are the most popular “sterling F1” thanks to its massive size, snow-white color, and soft taste, “Orizaba F1” which is sweet and characterized by density, and finally “Alibaba” which has spicier taste. The cultivar is known as “Alisa Craig” is also worth mentioning, thanks to its goldish shell and large size.

Undeniably onion is quite a unique vegetable: it has a strong, characteristic taste and is one of the irreplaceable kitchen supplies. It is believed to be the oldest cultivated plant. The oldest pictures of onions are dated back to the Bronze Age. Onion, most probably, originates from Asia. It has several different cultivars, among which: white, sugar, shallot, and red onion are the most popular. The onion is a biennial plant belonging to the amaryllis family. It has a shortened stem, instead, it produces an apparent stem, which gathers fleshy, edible leaf sheaths (white, yellow, purple). The storage organ is the onion located in the lower part, from which additionally grows green assimilation leaves, commonly known as chives. The root has a bundle habit and reaches up to 40 cm. White onion (like other cultivars) is a biennial plant that produces the so-called heel - underground, shortened shoot, and fleshy leaves, which we call the onion. In the following year, long, sometimes up to 2 m high inflorescence shoots appear, ending with a purple or white umbellate gathering small flowers. Growing from sowing is quite difficult, so gardens usually use the method of growing from spring onions. This saves time and trouble in the production of seedlings. It is good to cover the purchased spring onions with a special fungicidal cover and to plant them in the ground in early spring. White onion is quite frost-resistant, so it will easily catch on in our garden.

Onion is a vegetable belonging to the amaryllis family. The correct botanical name is the bulb onion or common onion. It is cultivated all over the world and can be found in the wild. This vegetable has accompanied mankind for thousands of years. The oldest drawings depicting onion have been found in Palestine, from a Bronze Age excavation. They were around 5,000 years old. Onion was worshipped in Ancient Egypt. It was a symbol of eternity and usually used in tombs of pharaohs. Pictures of onion were also used to decorate the walls of Egyptian pyramids and tombs. In ancient Rome, it was a popular and demanded vegetable. It began to be introduced to America by settlers from Europe in the mid-seventeenth century. It turned out, however, that Native Americans already knew various wild species of local onions.

1. It is a rich source of vitamin C, folic acid, and dietary fiber. It is also a source of vitamins B1, B2, E, K, PP, A as well as minerals such as potassium, iron, and various proteins. Onions are fat-free and low in sodium.
2. It prevents atherosclerosis, heart attacks, strokes, and cardiovascular disease. Onions act as a blood thinner, preventing the formation of blood clots.
3. High potassium content lowers blood pressure. So the onion prevents hypertension. It also contains an insulin-like substance that lowers blood sugar levels.
4. It has a strong bactericidal effect, acts as a natural antibiotic. It helps in the treatment of infections and stimulates wound healing.
5. It removes excess water from the body. Therefore, it is worth consuming in ailments such as arthritis and rheumatism, and in the case of diseases accompanied by swelling.
6. It contains volatile oils that make the onion irritating to our eyes and nose. It is a positive reaction from the body which cleans and disinfects itself in this way.

However, onions are not recommended for people with kidney, liver, and enteritis as well as other digestive diseases should avoid this vegetable. People suffering from heart failure should also avoid onions.

It is characterized by its taste and low calories. It is usually used as an ingredient of salads, sauces, soups, meat, and much more. Regardless of the way it is prepared (cooking, stewing, frying), it does not lose its nutrients and vitamins.

In 2015 onion cultivation in 28 countries was established as 6.12 million tons. The largest onion producer in Europe is the Netherlands with 1.3-1.5 million tons annually. Poland is the third largest produced in Europe, and just in 2015 produced 585 000 tons.

Onion is one of the most popular vegetables in the world, and it is produced in large quantities in many countries. The top onion-producing countries in the world are China, India, and the United States. These three countries account for more than half of the world's onion production. Other major onion-producing countries include Egypt, Iran, Turkey, and Pakistan. Onions are grown in many other countries as well but in smaller quantities. The total world production of onions is estimated to be around 24 million metric tons per year. Onions are a member of the onion family, which includes garlic, leeks, and shallots. They are typically bulbs that are underground. The onion plant has a hollow stem and long, flat leaves. The bulb is the most edible part of the onion plant and is used in many different dishes around the world. Onions are typically harvested in the fall but can be stored for long periods of time. They are often used as a flavoring agent in cooking or as a garnish on various dishes. Onions can be eaten raw, cooked, or pickled.