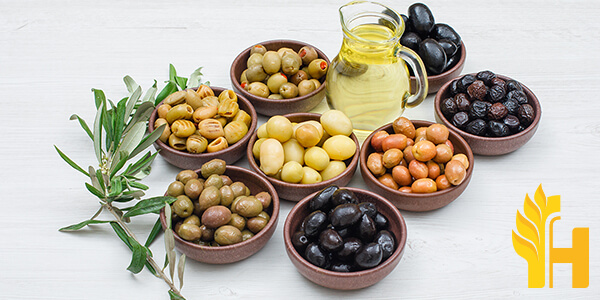 Where to buy and sell Olive, lowest (cheapest) and highest price.

The Current commodity price of Olive per kg, pound in the world in the global markets

Olives in Bosnia and Herzegovina

Olive, known under the scientific name Olea Europea, is a subtropical variety of an evergreen tree cultivated for its edible fruits known under the same name. Both the fruit and its oil are key elements in all the cuisines of the Mediterranean countries and are also very popular outside the region.

The tree has been cultivated for thousand of years. The edible varieties of olive were cultivated 3500 years BCE on the island of Crete. Olive oil was known to ancient Romans and Greeks and was an important crop. It quickly spread to all the countries in the Mediterranean region and is cultivated until today as both an ornamental and edible plant.

Olive trees reach up to 12 meters in height and produce a large number of branches. It has leathery, lance-shaped leaves that are dark green on the upper part, and silvery on the bottom part. The leaves are paired opposite on the twigs. Olive wood is resistant to decay. It also is capable of regrowing from the roots of the dead tree. The blooming season begins in late spring. The tree produces small flowers that are usually white. They are borne in small clusters and from the axils of the leaves. It is wind-pollinated. In some areas, the tree bears fruit in alternate years due to the lack of proper fertilization. The tree also tends to bear irregular crops. Olive fruit is commonly classed as a drupe which is similar to the plum. The flesh covers up to two seeds.

Olives are cultivated commercially in many countries of the Mediterranean region and warmer regions of the United States. It is mainly grown for the production of olive oil. Olive oil is divided into several groups according to defined standards. There is virgin, pure, refined, lampante, and sulfide olive oil. Spain and Italy are the world's most prominent commercial olive producers in the world. They are followed by Greece. Another significant production of both olive fruits and olive oil takes place in Turkey, Tunisia, Morocco, Syria, Portugal, and Algeria. Some varieties such as the Mission are grown in the USA, especially in California.

According to the latest figures from the United Nations Food and Agriculture Organization (FAO), global olive production is expected to reach a record high of 4 million tonnes in 2016/17. This represents an increase of 3.4% over the previous season when production reached a then-record level of 3.9 million tonnes. The main drivers of this increase are expected to be Spain and Italy, the world's two largest olive producers, which are forecast to produce 1.7 million tonnes and 1 million tonnes respectively in 2016/17. These increases come despite the fact that both countries are facing challenges, including lower yields due to bad weather and disease. Other major producers include Greece, Morocco, Turkey, and Syria. Together, these six countries are expected to account for around 90% of total global olive production in 2016/17. The FAO's figures show that global olive production has been on the rise in recent years, thanks largely to increases in Spain and Italy. In fact, production has more than doubled since 2000/01 when it stood at 1.9 million tonnes. This increase is in line with the growing popularity of olives and olive oil around the world. In particular, demand has been strong from Asia and North America, where consumers are increasingly aware of the health benefits of olive oil. With production expected to reach a new record high in 2016/17, it seems likely that the olive industry will continue to go from strength to strength in the years to come.