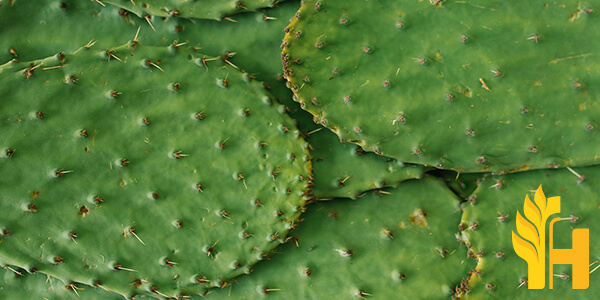 Where to buy and sell Nopal Leaves, lowest (cheapest) and highest price.

The Current commodity price of Nopal Leaves per kg, pound in the world in the global markets

Nopales, also known as nopalitos, are the young pads of the Opuntia ficus-indica cactus. Nopales have a moist crunchy texture with a slightly slimy texture similar to okra. They're eaten as a vegetable in Mexico after the spines have been removed and they're a good source of fiber, vitamins A and C, niacin, calcium, and iron. Nopalitos are the tender young pads of the prickly pear cactus and can be eaten fresh or cooked. They're available canned and jarred in brine, but they taste better if you cook them yourself. To prepare nopalitos, remove the spines and cut off the flat, round "window" on the top of each pad. Rinse well. Nopales are a good source of fiber, vitamins A and C, niacin, calcium, and iron. Nopalitos can also be eaten raw or pickled in vinegar with onions and hot peppers. They're often sliced and used in salads or eaten with eggs. Nopales can also be boiled and mashed with cream, butter, and seasonings to form a side dish. Nopalitos are often fried and served with eggs, rice and beans for breakfast. They're sometimes added to soups and stews for flavor, color, and nutrients. Nopales can be stored in the refrigerator for several days. Be sure to remove all spines before eating. Canned and jarred nopalitos can be stored unopened at room temperature for up to a year. Once opened, they should be sealed and stored in the refrigerator where they will keep for 1-2 weeks. Cut the nopales into small, quarter-sized pieces and remove all of the thorns with a knife. Nopales can be eaten raw or cooked in several dishes such as cactus salad, Mexican-style pickles, or nopalitos tacos. Preparing nopales does not need to be difficult you just have to know how to do it. People who ate this plant [or parts of the plant, such as the young pads regularly had very little to no signs of hypertension (high blood pressure), and experienced increased insulin sensitivity (i.e., reduced risk of type II diabetes). The study showed that nopales improved the health status of people with diabetes, hypertension, or both.

Nopal leaves are a popular ingredient in Mexican cuisine, used in dishes such as tacos and nopalitos. They're also known for their health benefits, which include reducing inflammation, lowering cholesterol levels, and aiding in weight loss. Nopal leaves are grown in many parts of the world, but Mexico is by far the largest producer. In 2016, Mexico produced nearly 1.5 million metric tons of nopal leaves, accounting for over 80% of the world's total production. Other major producers include Peru, Colombia, and the United States. The majority of nopal leaves are used for human consumption, but a small portion is also used for animal feed or turned into powder for use in supplements. Nopal leaves are rich in fiber, vitamins, and minerals, making them a healthy addition to any diet. They're also known for their anti-inflammatory properties, which can help reduce swelling and pain throughout the body. Additionally, nopal leaves have been shown to lower cholesterol levels and aid in weight loss. When used in powder form, nopal leaves can also be effective in treating stomach ulcers and diabetes.