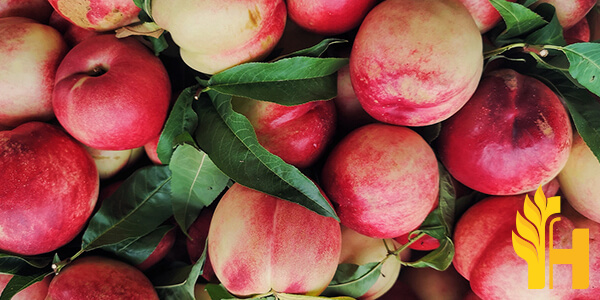 Where to buy and sell Nectarine, lowest (cheapest) and highest price.

The Current commodity price of Nectarine per kg, pound in the world in the global markets

Nectarines are fruits that belong to the Rosaceae family. They are characterized by their soft and smooth skin and are similar to peaches in appearance. It is cultivated in many regions of the warmer temperate climates of both hemispheres.

Nectarine is native to the warmer regions of the temperate climate and shares many similarities with common peaches. It was mostly domesticated in China more than 4000 years ago, as a variety of peach, as the nectarine and peach treat are virtually indistinguishable. The only difference between these two fruits is the fact that nectarines lack the allele which is thought to be responsible for the lack of fuzzy skin of the fruit. Nectarines have bright red, yellow, or white flesh which is an excellent source of vitamins C and A. They are usually eaten raw as a healthy snack or turned into various kinds of preserves such as jellies, jams, or used in desserts for example in a form of pie stuffing. Nectarines are cultivated just like peaches. They grow best in well-drained gravelly or sandy soils that are rich in nitrogen.

They are low in calories and rich in dietary fiber. Nectarines are a great source of various kinds of vitamins, especially vitamin C and A as well as several important for the body minerals such as potassium, copper, and sodium. Nectarines also are a good source of protein and are characterized by their low glycemic index. They contain only simple carbs, mostly fructose but also glucose and sucrose. Simple sugars are burnt quickly by the body.

They are safe to eat for most as they rarely cause any allergic reactions. Nectarines eaten in large amounts may result in a phenomenon known as oral allergy syndrome. The symptoms include of itchy sensation in the mouth, swollen and numb lips, a scratchy throat, and a runny nose. The symptoms are not dangerous and most commonly no treatment is required.

Nectarines are a type of stone fruit that are closely related to peaches. They have smooth, velvety skin and sweet, juicy flesh. Nectarines are grown in many parts of the world, including Europe, Asia, Africa, and North America. The leading producers of nectarines include China, Italy, Spain, and the United States. In China, nectarine production has increased in recent years due to the expansion of orchard areas and improvements in cultivation techniques. Italy is the second largest producer of nectarines in the world. The country's production is concentrated in the regions of Sicily and Calabria. Spain is another major producer of nectarines. The country's production is mainly concentrated in the provinces of Granada, Huelva, and Valencia. The United States is the fourth largest producer of nectarines in the world. California is the leading producing state, accounting for over 90% of the country's total production. Nectarines are a popular fruit and are consumed fresh, canned, or dried. They are also used in the production of jams, jellies, and juices. The global nectarine market is expected to continue to grow in the coming years due to the increasing demand for fruit.