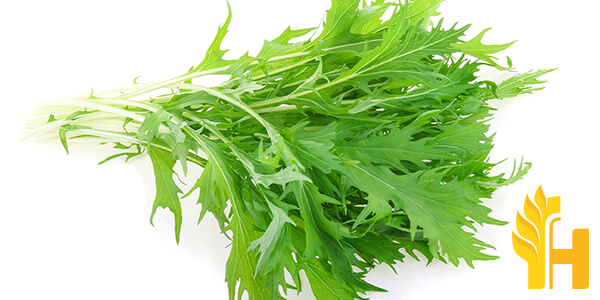 Where to buy and sell Mizuna, lowest (cheapest) and highest price.

Mizuna, "water greens", kyona, Japanese mustard greens, or spider mustard, is a cultivar of Brassica rapa var. niposinica. When consumed by humans, it has a strong, peppery flavor similar to mustard greens, and is rich in vitamins A and C along with calcium, dietary fiber, folic acid, and iron. In Japan, mizuna is widely cultivated from the northern region of Hokkaido to southern Kyushu. In Mizunami City, Gifu Prefecture it is the local food and the area is called Mizuna no sato (Mizuna village) on account of its production.This plant may also be used in landscaping or garden design. It can also be grown indoors as a potted plant, though it is more difficult to grow in the latter case. Mizuna is used in various Japanese salads, hot pots, and soups. It has sharp flavor that may be moderated by mixing with other greens. Like horseradish, it is easy to grow and can be used as a substitute for wasabi in recipes that call for it. Mizuna has been used as both an herb and leaf vegetable in Japan for hundreds of years. It has become common as a salad green throughout East Asia. Mizuna is available in different varieties. The most common variety used as a salad leaf or microgreen in Japan is Tōno Mizuna selvatica, which is commonly found growing wild. The plant is very hardy and does not require the use of fertilizer. "Water Greens" (水菜), as its name implies, thrives best in moist soil, and is very well suited to colder regions. It is also a quick-growing summer vegetable for temperate climates. Harvested shoots are usually eaten raw as salad greens. Mizuna can be harvested once a plant reaches a height of 10 to 20 cm (4–8 in). Mizuna has been cultivated in Japan since the Nara Period (710–794). In modern times, mizuna has been a notable part of the diets of the residents of Tōno, Iwate. It is also mentioned in many books from the Meiji period as being cultivated by farmers living on reclaimed lands along with the Arakawa River, Hino and Mita areas in Tokyo. There are several varieties of mizuna, including Hiroshima Mizuna, Tōhoku Mizuna, Kyūshū Mizuna, and Kagoshima Mizuna. Mizunas are available at grocery stores in the United States as seeds or grown from organic microgreens. The most common variety of mizuna in the United States is Tōno Mizuna selvatica, which was developed in Japan and introduced to the US via California during World War II.

According to the Food and Agriculture Organization of the United Nations, mizuna is produced in more than 30 countries around the world. The top five producers of mizuna in 2018 were China, Japan, South Korea, the United States, and Taiwan. Together, these countries accounted for more than 70% of global production. Mizuna is a popular leafy green vegetable in Asia, where it has been cultivated for centuries. In China, mizuna is often used in stir-fries or as a filling for dumplings. In Japan, it is commonly served in miso soup or as part of a noodle dish. Mizuna is relatively new to the Western world, but it has become increasingly popular in recent years. In the United States, mizuna is often used in salads or as a garnish. It can also be cooked and served as a side dish.