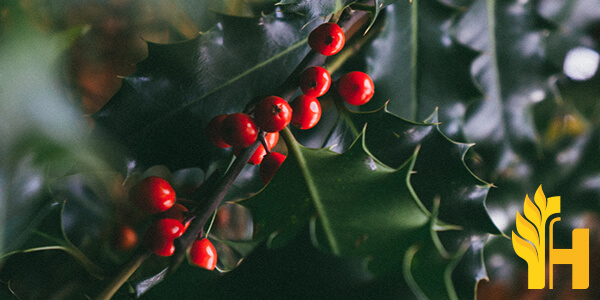 Where to buy and sell Mistletoe, lowest (cheapest) and highest price.

Mistletoe is a common name referring to one of the rich families of parasitic plants that belong to the Loranthaceae, Misodendraceae, and Santalaceae families. Mistletoe is a parasite plant that parasitizes a variety of hosts, sometimes even other species of mistletoes. They are common pests of many ornamental, crop, and timber trees. They lead the host to abnormal growths commonly called „witches’ broom” which are causing deformation of the branches and as an effect, decrease the reproductive ability of the host. Mistletoe is sometimes used as Christmas decorations that are associated with a holiday tradition of kissing under the mistletoe.

Mistletoe is a hemiparasite. It contains chlorophyll and is able to produce its own food. It is pollinated by wind and flies, while some tropical varieties are commonly pollinated by birds. Fruit-eating birds usually distribute seeds to other plants that become the future hosts of the parasite plant. Mistletoe is a slow-growing parasite but it is persistent, it dies only when the host dies. The only way to remove mistletoe from its host is the complete removal of the parasite.

The European mistletoe which is often associated with Christmas is well known for centuries and was known long before the Christian era. It is native to Euroasia and reaches from Great Britain to northern Asia. It usually occurs in a form of a yellow-green bush that is up to 90 cm long and uses the branches of the host. Mistletoe creates leathery, lance-shaped leaves that are thickly crowded. The leaves reach up to 5 cm in length and are located on the branches in pairs. The flowers produced by this parasite plant are bisexual and have regular symmetry. They are intensive yellow in color. Flowers usually occur late in winter. They turn into white, berry-like fruits that are filled with a sticky pulp. The fruits as well as other parts of mistletoe contain toxic compounds that are poisonous to many animals and humans. The European mistletoe commonly chooses apple trees, poplars, willows, lindens, and hawthorns as its host. In North America, it usually occurs growing on oak and other types of mistletoes.