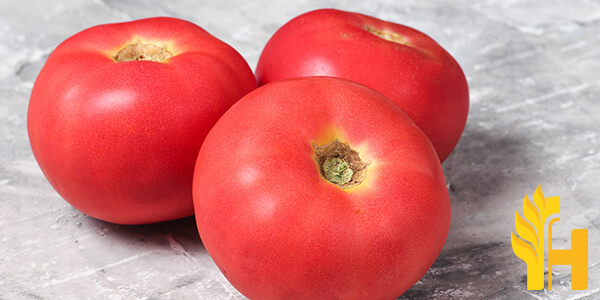 Where to buy and sell Mikado, lowest (cheapest) and highest price.

The Mikado tomato is an exceptional American heirloom with an illustrious history. This historic variety was once known as Turner's Hybrid but after sharing the seeds, it was renamed after the popular 1898 Gilbert and Sullivan operetta of the same name. And while its main claim to fame lies in its unique name, this medium-sized fruit is a tasty treat that was originally developed by none other than Peter Henderson of New York City. Mikado is a rare treat that appeals to gardeners for several reasons. These tomatoes are resistant to late blight, have good foliage cover, are delicious, and are prolific producers. They offer up a burst of smooth-flavored juice when bitten into and they can continue on the vine until frost where other varieties would get mushy or rot. The Mikado tomato is a product of an age when heirlooms were as respected as gold and as precious as diamonds. But unlike those two commodities, heirloom tomatoes are quite soft and fleshy with delicious juices that burst upon the first bite. They're also unique, each one having its different flavor and shape. On the other hand, The Mikado tomato is flatter than the average heirloom with an attractive shape that features faint stripes on its dark red skin. It's slightly meatier than some other varieties but not so much so that it can't be sliced thin and enjoyed in a salad with other mixed greens. When cooked, the Mikado tomato also has a tendency to lose its skin which could be another reason for enjoying it raw in a salad. Mikado tomatoes are not only known for their great flavor but also their reliability. They're one of the very few varieties that will still be able to produce a decent crop even when growing conditions aren't as ideal. This makes them great for those gardeners who live in cooler climates, don't have a lot of space, or just aren't keen on watering their plants every day. Grown commercially for years under the name Turner's Hybrid, this heirloom is a favorite among commercial growers and backyard gardeners alike. With its vibrant flavor and dependability, it's no wonder the Mikado tomato has become so popular throughout America and beyond.