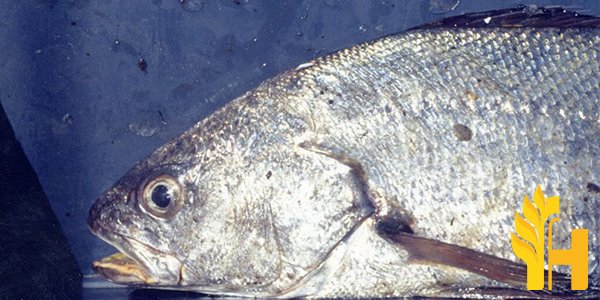 Where to buy and sell Meagre, lowest (cheapest) and highest price.

The Current commodity price of Meagre per kg, pound in the world in the global markets

The Argyrosomus regius ("meagre") is a species of fish in the Sciaenidaeagre", "croaker", "jewfish", "shade-fish", "sowa", "kir", corvina, salmon-bass or stone bass) is a fish of the family Sciaenidae. It is similar in form to a European seabass, with a pearly-silver coloration and a yellow-colored mouth. It was first scientifically described by Peter Forsskål in 1775, but was placed in a different genus as Diplodus regius for almost 200 years. In 1994 it was moved to its current genus. The Argyrosomus regius is similar to a European seabass or a pollock with a brownish-silver coloration and a yellow-colored mouth. It has a fusiform shape with long dorsal and anal fins that run almost the full length of its body. It has a relatively deep gill region, large pectoral fins, and a small forked caudal fin. The lower jaw juts out slightly from the upper jaw. Its scales are large and thick with blunt, rounded ends. There are large scales on the ridge of its snout in front of each eye. The dorsal fins have faint vertical dark bands between them. The dorsal fin has 7 to 9 spines and 23 to 29 soft rays, while the anal fin has 3 spines and 24 or 25 soft rays. The dorsal fin has a very small membrane connecting the first and second spines but is otherwise not connected to the soft rays. The Argyrosomus regius is a relatively large fish, reaching a maximum length of approximately and weight of. Its lifespan is typically 20 years. The Argyrosomus regius lives in the coastal waters of western and southern Africa, from Mauritania to Angola. It is also native to the Mediterranean Sea but has been extirpated by overfishing in that area. It is replaced by the European seabass ("Dicentrarchus labrax") in the Black Sea. The Argyrosomus regius is a benthic species that spends most of its time on or near the seafloor, at depths of. It is found more often in shallow waters than deeper waters but can be found as deep as during the day and at night. They feed on crustaceans, cephalopods, and small fishes. The Argyrosomus regius has an extremely large mouth compared to its body size, relative to other fish species of similar length. It uses suction feeding like most benthic fishes to feed by rapidly expanding the volume of its pharynx. The enlarged oral cavity creates a partial vacuum that brings in water and prey. In the Mediterranean Sea, Argyrosomus regius breeds from March to June. Females can produce up to 4 million eggs per year, but their reproductive success is often limited by environmental conditions such as the temperature of the water. Males become sexually mature at a minimum age of 3 years and a length The species occurs throughout the eastern Atlantic Ocean, from Iceland to Senegal (although it is rare in northern Norway), as well as the western Mediterranean Sea and the Black Sea. It primarily inhabits sandy or silty areas at depths

Meagre fish are typically caught using trawlers, purse seines, and longlines. They are often used as bait fish or for human consumption. The major markets for meagre fish are China, Japan, and Thailand.