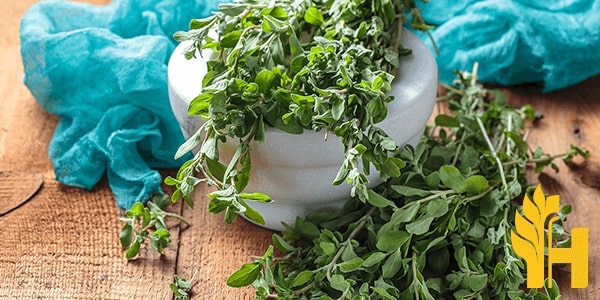 Where to buy and sell Marjoram, lowest (cheapest) and highest price.

The Current commodity price of Marjoram per kg, pound in the world in the global markets

Marjoram is a common cooking herb in many European cuisines, and in North America, it has been increasingly used by chefs. In terms of flavor, marjoram is similar to oregano but more subtle and not as pungent. It is related to the herb called oregano; from which it can be differentiated by its lack of the phenolic sharpness and camphor notes and a softer more floral aroma. Marjoram is one of many species within the genus Origanum, which is one of about 30 genera of the family Lamiaceae (mint). It is likely that marjoram is closely related to the herb called oregano (O. vulgare), and it can be differentiated from this plant by its lack of phenolic compounds and camphor-like aroma, for example. Most cooks find that marjoram can be used as a substitute for oregano in most recipes (and vice versa), but marjoram leaves are slightly sweeter and less pungent than oregano. Dried marjoram is the most common form of this herb used in cooking; fresh marjoram can also be found, but because it contains almost no volatile oils (only about 0.05 percent), its flavor is relatively weak and has little bearing on dishes. The sweet marjoram sold as a cooking herb is usually the variety Origanum majorana, although other species are also sold as marjoram: Thymus capitatus and Satureja thymbra, for example. These other forms of marjoram should not be confused with O. majorana, as their flavors and odors differ somewhat. Marjoram is an annual or perennial herb that can grow to a height of about 30 inches (75 cm). It has smooth stems with pairs of opposite leaves, which are ovate to lanceolate in shape. The small white, pinkish, or purplish flowers of marjoram appear in clusters, blooming from the upper leaf axils. Each flower is attached to a single bract that forms part of the calyx. Marjoram requires well-drained soil and full sun for growth. It is grown by sowing seeds after all danger of frost has passed or by planting young plants after the danger of frost has passed. Marjoram is most often used fresh, but it can be dried or frozen as well. To dry marjoram, harvest the flower tops just before the flowers open and spread them out in a single layer on paper towels. Once they are completely dry (usually within twenty-four hours), store them in airtight jars. Alternatively, the dried marjoram may be stored in tightly sealed freezer bags and kept frozen for up to six months.