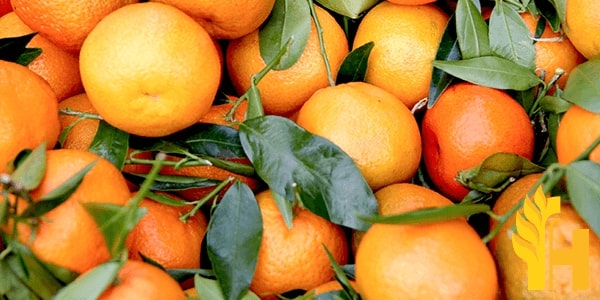 Where to buy and sell Mandarin, lowest (cheapest) and highest price.

The Current commodity price of Mandarin per kg, pound in the world in the global markets

Mandarin is a type of small citrus tree that is similar to orange but is more resistant to low temperatures. It grows well in the desert, semitropical and subtropical regions. It belongs to the Satsumas mangadins group. The name is also used to describe many hybrids of oranges and mandarins. Mandarin is also used to name the fruits produced by the tree but in some parts of the United States, Argentina and Uruguay the fruits are known as tangerines.

The tree is small and thorny. It produces perennial, glossy, dark green leaves. The tree usually tends to alternate bearings – with a large number of small fruits of low quality and next with a low number of fruits of great quality. The fruits can be both seedless and with seeds. This quality is common for many citrus trees which are able to develop fruits without the need for pollination.

Mandarin fruit is similar to the orange's but it is flattened at the base and significantly smaller. It is easy to peel as the skin is not very thick. The skin is smooth and usually in a red-orange shade. The skin covers bright orange pulp which is sweet and gets sweeter as the fruit gets ripe. The pulp is divided into up to 12 gores. The fruit reaches up to 8 cm in diameter. It is a fruit with quite significant commercial importance. It is usually consumed fresh or used in cooking in salads, combined with seafood, added to pork dishes. The fruit is also used to achieve mandarin liquor but it is not as popular as orange to juice as oranges have better properties.

The fruit is quite easy to digest and is a popular snack. It can be used to treat ulcers, vesicles, fever, cough, and alcohol poisoning. Due to its slightly acidic character, it should not be consumed by people with dry defection or mouth sores.

As the world's largest producer of mandarins, China is responsible for supplying over 60% of the global demand. The production of mandarins in China has seen significant growth in recent years, due largely to the country's favorable climate and vast tracts of farmland dedicated to citrus cultivation. In addition to being the top producer, China is also the largest consumer of mandarins, accounting for around 30% of global consumption. The fruit is popular among all age groups and is often eaten as a snack or used in recipes. Outside of China, the top producers of mandarins are Spain, Brazil, Turkey, and Italy. Together, these countries account for over 20% of global production. While mandarin production is widespread, the majority of the world's crop is grown in Asia. The mandarin (Citrus reticulata) is a small citrus fruit that resembles a miniature orange. The fruit is typically eaten fresh or used in recipes. It is also popular as a juice or concentrate. Mandarin is thought to have originated in China, where it has been cultivated for over 3,000 years. The fruit was introduced to Europe in the 18th century and quickly became a popular ingredient in recipes.