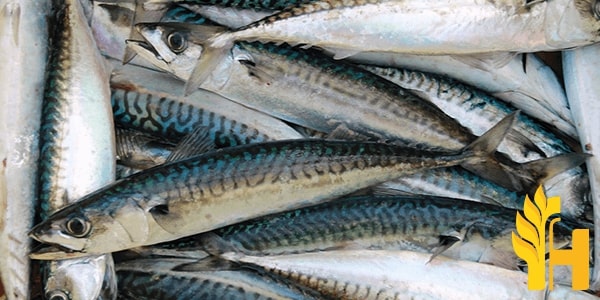 Where to buy and sell Mackerel, lowest (cheapest) and highest price.

The Current commodity price of Mackerel per kg, pound in the world in the global markets

Mackerel is a type of swift-moving streamlined fish. They are found all over temperate and tropical seas around the globe. It is an important source of food and quite a significant type of fish for sport fishing. Mackerel is often compared to tunas that belong to the Scombridae family.

The fish is slightly rounded and torpedo-shaped. It has a slender keeled tail base that is slightly forked. Their dorsal and anal fins hide behind a row of small finlets. It is a carnivorous type of fish and its diet consists of other species eggs, plankton, crustaceans, mollusks, and other small fish. Mackerels are usually found in schools and swim in waters up to 30 fathoms in warmer months, and move to deeper waters during the wintertime. Its spawn season occurs in spring and early summer and usually takes place along coastlines. The fish lays small eggs which reach 1 mm in diameter. The fish is usually caught by nets, rather than by angling.

The Scomber cumbrous which is native to the Atlantic Ocean is also known as the common mackerel. It is a type of fish of great economical importance. The species is often found in large schools. An adult fish reaches up to 30 cm in length. The upper part of the body is usually blue-green while the bottom part is silvery-white, with several rows of dark, vertical stripes on the top. It has two separate dorsal fins and two keels on each side of the tail. The fish lacks an air bladder. It occurs naturally in the waters of the North Atlantic Ocean, from North Carolina to Labrador as well as from Spain to Norway.

Mackerel is also sometimes used to describe some species of bonito and tuna. Horse mackerel is a common name for carangids that are similar to mackerel. Fishes that belong to the Gempylidae family are commonly called snake mackerels.

The countries that are the highest number of mackerel production are Germany, the United Kingdom, and Poland, together comprising 49% of total European production. The global top producer of both fresh and frozen mackerel is Norway, followed by China and Japan. The leading importer of this fish species is Egypt.

Mackerel is one of the most popular fish in the world, with a global production of over 7 million tonnes per year. The majority of mackerel catch comes from the Atlantic Ocean, where it is fished by countries such as Norway, Iceland, and the United Kingdom. Mackerel is also widely consumed in Japan, Korea, and Taiwan. Mackerel is a highly nutritious fish, rich in omega-3 fatty acids, protein, and vitamins. It is considered to be an excellent source of healthful seafood. Mackerel is low in mercury and other toxins, making it a safe choice for pregnant women and young children. The global mackerel fishery is currently under pressure from overfishing. In order to ensure the long-term sustainability of this important resource, it is essential that fishers adopt responsible fishing practices and that consumers choose sustainably caught mackerel. When buying mackerel, look for products that are certified by the Marine Stewardship Council (MSC) or other reputable certification bodies. These certifications guarantee that the fish has been sustainably caught and managed.