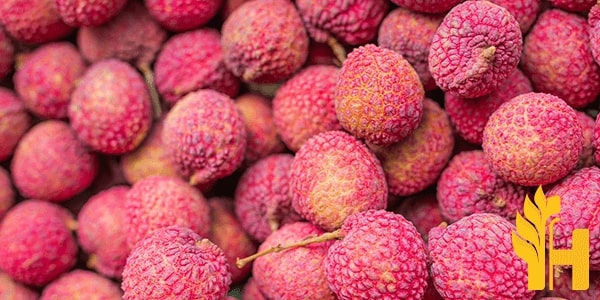 Where to buy and sell Lychee, lowest (cheapest) and highest price.

The Current commodity price of Lychee per kg, pound in the world in the global markets

Lychee is a type of evergreen tree that belongs to the soapberry family. It is cultivated mostly for its edible fruit of the same name. The tree is native to Southeast Asia and is one of the most favorite fruits of Cantonese. It is commonly eaten fresh but can also be dried or canned. Lychee has musky aromatic pulp which becomes sweet and acidic after drying.

Lychee is an important crop fruit in many countries of Southeast Asia. It is grown commercially in India and China. The fruit was introduced to the world in 1775 when it reached Jamaica. The fruit quickly gained commercial importance in the United States, especially in the state of Florida. The tree is also cultivated in the Mediterranean, South Africa, and Hawaii.

The tree is characterized by a compact crown made of bright evergreen leaves. The leaves are compound. They are composed of two pairs of elliptic leaflets that reach up to 75 mm in length. Lychee produces small, inconspicuous flowers that are borne in loose clusters that reach up to 30 cm in length. The flowers turn into round or oval fruits that are bright red in color and reach up to 25 mm in diameter. The red brittle outer cover a translucent white pulp and a single huge seed.

The pulp of lychee is mainly composed of water and carbs. It is a good source of vitamin C and minerals such as copper and potassium. The fruit and seeds contain the toxins hypoglycin A and methylene cyclopropyl-glycin, which may cause acute hypoglycemia. The toxins are especially concentrated in unripe fruits and may lead to death when consumed after a period of fasting or by undernourished children. Lychee is also a good source of antioxidants, especially rutin and epicatechin.

Lychee is predominantly produced in China and northern Vietnam. China is a leading producer of this fruit, where it has been cultivated for more than 2000 years. Other significant producers of this fruit are India, Thailand, Myanmar, Madagascar, Hawaii, South Africa, and Australia. Almost 80% of the total global production of lychee takes place in China.

As of July 2019, there were around 1.5 million lychee trees in production in China, with an estimated yield of around 4.5 million tonnes. The majority of these trees are located in the provinces of Guangdong and Fujian.

In recent years, lychee growers in China have been turning to new technologies to help increase yields and improve fruit quality. For example, growers in the Guangdong province have been using laser-assisted fruit thinning, which involves using a laser beam to remove excess fruits from the tree. This helps to ensure that each remaining fruit has enough space to grow properly, leading to larger and higher-quality fruits.

In addition to increasing production, growers are also working on ways to improve the quality of their fruits. For instance, growers in Fujian have been using a technique called "fruit bagging" to prevent insect damage and improve the appearance of the fruits.

As the demand for lychees continues to grow, both in China and abroad, it is likely that lychee growers will continue to experiment with new technologies to further increase production and improve fruit quality.

According to the Food and Agriculture Organization of the United Nations, global production of lychees was 1,136,000 tonnes in 2013. The majority of this production came from China, which accounted for around three-quarters of the total. Other significant producers included India, Vietnam, and Thailand. Lychees are a popular fruit all over the world, and their sweetness and distinct flavor make them a popular choice for use in various desserts. In addition to being eaten fresh, lychees can also be canned, dried, or made into juice. The lychee is native to southern China and has been cultivated there for over 2000 years. It was first introduced to India and other parts of Southeast Asia in the early centuries AD. From there, it spread to Arabia, Persia, Africa, and eventually Europe and the Americas. Today, lychees are grown in tropical and subtropical regions all over the world. The lychee tree is an evergreen with a spreading canopy. It can grow to a height of 20-40 feet (6-12 meters). The leaves are dark green and glossy, and the flowers are white or pale pink. The fruit is a fleshy drupe with a hard, red, or yellow outer shell. inside the shell is a white fleshy pulp that surrounds a small, black seed. Lychees are generally harvested by hand. The fruits are typically picked when they are ripe, which is usually between May and June in the Northern Hemisphere, and November to December in the Southern Hemisphere. After harvest, the fruits are sorted and graded according to size and quality. The best-quality fruits are then packed into boxes or crates for shipping.