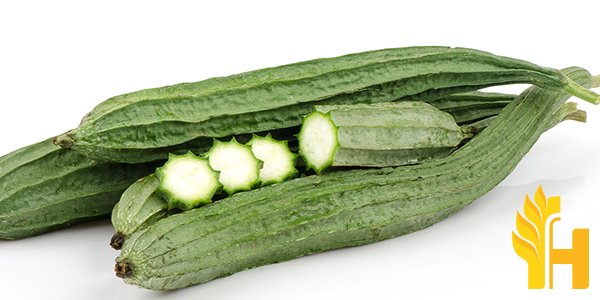 Where to buy and sell Luffa, lowest (cheapest) and highest price.

The Current commodity price of Luffa per kg, pound in the world in the global markets

The luffa, also spelled loofah, is a vegetable that is popular in India, China, and Vietnam. It is cultivated and eaten as a vegetable but must be harvested at a young stage of development to be edible. The luffa is a type of squash, and its fruits can be used as a sponge. Luffa is a fruit that grows on a vine. It is often used as a vegetable and can be eaten either cooked or raw. Luffa is also taken by mouth for treating and preventing colds. It is also used for nasal swelling and sinus problems. Some people use it for arthritis pain, muscle pain, and chest pain. Women use luffa to restore absent menstrual periods. Luffa, also known as the dishcloth gourd, is a type of squash that is related to the cucumber. Luffa is typically light green in color and has a slightly sweet and mild taste when cooked. The taste is similar to that of zucchini or summer squash. Luffa is a delicate vegetable and its flesh breaks out when cooked for a very long time. Luffa can be cooked in a variety of ways, including boiled, steamed, or fried. Luffa is a good source of vitamin A and C. The luffa plant is a vine-grown member of the pumpkin, squash, and gourd family, Cucurbitaceae. It is also known as the loofah plant. Centuries ago, the luffa plant was brought to this country by European settlers. They planned to domesticate it in the New World. The luffa plant is a versatile plant that can be used for a variety of purposes. It can be grown for its fruit, which is used as a sponge, or for its vines, which are used as a vegetable. The luffa plant is easy to grow and it can be grown in a variety of climates. It is also an excellent plant for attracting wildlife. The luffa plant is a great addition to any garden. Luffa is a plant that grows well in drained soil and full sun. It prefers locations that are sheltered from wind and frost. The vines of the luffa plant can grow up to 30 feet long, so you will need to make a trellis or use some other form of support. Luffa plants can be grown in USDA zones 7 and above. Luffa is a type of gourd that is often used as a sponge. The fruit can be eaten when it is young and tender, but it becomes quite bitter as it matures. Luffa sponges are made from the dried fruit of the plant. They are soft, absorbent, and durable.

Luffa is a genus of tropical and subtropical vines in the cucumber family. Luffa species are native to the Old World in southern Asia, where they have been cultivated for centuries for their use as a vegetable sponge. The young fruits of some luffa species can be eaten as vegetables, but the mature fruits are typically dried and used as scrubbing pads or sponges. Luffa fruits are rich in vitamins and minerals and have been traditionally used for medicinal purposes in many cultures. The dried luffa sponge is also commonly used as a natural exfoliating agent. Global production of luffa is estimated to be around 1.5 million tonnes annually. The majority of luffa production takes place in Asia, with China being the largest producer, followed by India. Other major producing countries include Thailand, Vietnam, and Bangladesh. Luffa is typically grown in tropical and subtropical climates, as the plants require a long growing season and high temperatures to mature. The plants are usually started from seed and can be grown in a variety of soils as long as they are well-drained. Luffa requires a trellis or other support structure to climb and can reach heights of up to 20 meters when given adequate support. The luffa plant produces large yellow flowers that bloom in the summer months. Each flower is followed by a long, cylindrical fruit that matures to a dark green color. The fruits can be harvested at any point during the ripening process, but they are typically allowed to mature fully before being picked.