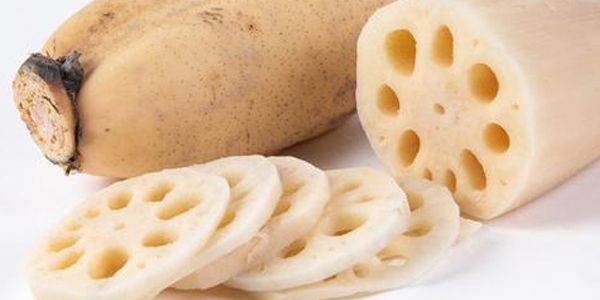 Where to buy and sell Lotus Root, lowest (cheapest) and highest price.

The Current commodity price of Lotus Root per kg, pound in the world in the global markets

Lotus root is a popular vegetable in Chinese cuisine. It is often used in stir-fries, soups, and stews. Lotus root is also a good source of fiber and antioxidants. Lotus root can be found fresh or canned at most Asian markets. When buying fresh lotus roots, look for roots that are firm and free of blemishes. Lotus root can be stored in the refrigerator for up to a week. To prepare lotus root, wash it thoroughly and peel off the skin with a sharp knife. Lotus root can be eaten raw, but it is often cooked before eating. When cooking lotus root, you can boil, fry, or stir-fry it. Lotus roots are the long, thick, white tubers of the lotus plant. They have a slightly sweet, nutty flavor and a firm, crunchy texture. Lotus roots can be eaten raw, cooked, or pickled. They are often used in Asian cuisine, as well as in salads, soups, and stews. Lotus roots are a good source of fiber, vitamins, and minerals. They also contain a type of starch that is slowly digested and absorbed by the body, which makes them a good choice for people with diabetes. When buying lotus roots, look for ones that are firm and have smooth, unblemished skin. Avoid roots that are soft, wrinkled, or have blemishes. Lotus roots can be stored in the refrigerator for up to a week. To prepare lotus roots, wash them thoroughly and peel off the skin with a knife or vegetable peeler. They can then be sliced, diced, or shredded as needed. Lotus roots can be boiled, steamed, stir-fried, or pickled. Lotus roots are a versatile ingredient that can be used in a variety of dishes. Try them in soups, stews, salads, or as a side dish. You can also use them to make lotus root chips or flour. Lotus roots can also be added to curries, stir-fries, and other Asian dishes. According to the Food and Agriculture Organization of the United Nations (FAO), lotus root production worldwide was estimated at 3.7 million metric tons in 2013, with China accounting for over 70% of the total output. India, Egypt, Vietnam, and Thailand are among the other top producers. Lotus root is an important food source in many Asian countries. It is rich in vitamins and minerals and has a variety of uses in traditional medicine. Lotus root can be eaten raw, cooked, or pickled, and is often used as a decorative element in salads or other dishes. The lotus root production process begins with the planting of lotus seeds. The seeds are germinated in nurseries and then transplanted to the main field when they are about two months old. The lotus plants flower after about six months, and the roots are ready for harvest after about nine months. The roots are typically harvested by hand, and the crop is usually collected once a year. After harvest, the roots are cleaned and sorted for quality. They are then transported to markets or processing facilities for further preparation.