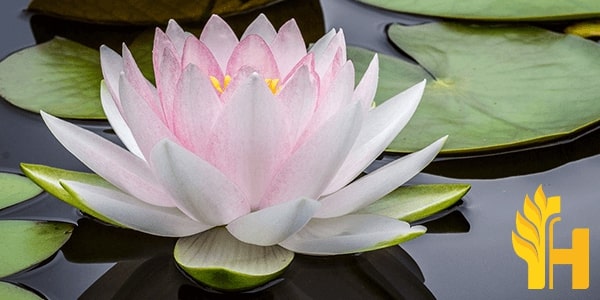 Where to buy and sell Lotus, lowest (cheapest) and highest price.

The Current commodity price of Lotus per kg, pound in the world in the global markets

Lotus is a type of water plant. It is native to Asia and it can be found all over the continent. The vast majority of lotus can be found throughout India, China, Japan, Korea, and many other Asian countries. It is characterized by its fragrant colorful flowers and broad leaves that float on the water surface. The stems, as well as flowers, contain lots of air spaces thanks to which they float on water. The flower is built of many petals that overlap each other in a symmetrical pattern. The plant creates a root system that is made of rhizomes that creep horizontally in the mud and ground below the water.

Lotus produces large round leaves that may reach up to 50 cm in diameter. The flowers produced by the plants usually are white, rosy, or pale pink with bright shades in the bottom part of each petal. They turn into hard, dark brown seeds. The seeds are usually round or oblong. The flowers are also dependent on the time of the day, as they open in the morning and close in the evening.

The plant is mostly cultivated from seeds. As a type of water plant, it requires moist and damp soil. Lotus requires lots of sunlight and should be fertilized at least once a year. It is not freezing resistant and should be protected from low temperatures.

Lotus is cultivated not only for its ornamental purposes but also has several medicinal uses. Its seeds are classified as astringent and have a good influence on the kidney, spleen, and heart. The seeds are also used to treat impotency and leukorrhea. Lotus is also used as an antidote for various types of mushroom poisoning. Lotus leaves combined with other herbs help to treat fever, dysentery, and sunstroke.

It is also an excellent source of food as the seeds are edible. Both leaves and stems are eaten as vegetables in many Asian countries, especially in India. Lotus tubers are similar to sweet potatoes in taste and texture. The flowers are used in cooking as a garnish, while the leaves are used as wraps. They are quite commonly used in Indian cuisine.

The lotus plant is a popular aquatic plant that is native to Asia. It is also known as the sacred lotus or the Indian lotus. The plant grows in shallow water and has large, round leaves that float on the water's surface. The flowers of the lotus plant are very fragrant and have a pink or white color. The plant's roots are used in traditional Chinese medicine. The lotus plant is grown in many parts of the world, including India, China, Japan, and Vietnam. It is also grown in the United States, Australia, and Europe. In recent years, the plant has become popular as an ornamental plant in gardens and ponds. Lotus plant global production totaled 23,880 metric tons in 2015, up from 18,980 metric tons in 2014. The majority of lotus plants are grown in China, which accounted for 96 percent of global production in 2015. Other top producers include Egypt (2 percent) and Vietnam (1 percent). The lotus plant is prized for its ornamental value and is used in a number of traditional medicines. The plant is also a popular food ingredient in many Asian cuisines. Lotus plants are typically grown in ponds or marshy areas, and the flowers and leaves are often used in decorative arrangements. Global production of lotus plants is expected to continue to grow in the coming years, due to increasing demand from both the ornamental and food industries. China is expected to remain the dominant producer of lotus plants, with Egypt and Vietnam also continuing to play a significant role in global production.