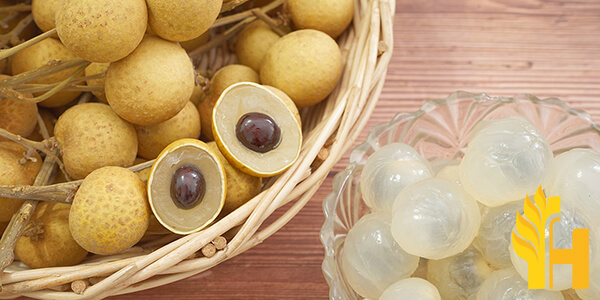 The current, latest prices of Longan in the world in the global markets

Longans look like lychees but taste more like grapes. They have thin brown skin and their flesh is white or rosy, with a translucent sweet jelly encasing the seed. The flavor has been described as "a mix between a grape and sapote." Longan's common English name derives from the fact that it was first imported through the port of Da Nang (Vietnam) in the early 19th century. The Vietnamese name for the fruit is Tr sen, and longanisa (Philippine sausage) typically contains ground longan meat. Longans and rambutans are often confused by consumers because both fruits look similar and have sweet/tart flavors; however, rambutans are much larger. Ripe longans will be firm, plump, and have a honey-like fragrance. If they are hard or wrinkled, the fruit is unripe. The fruit's shell (pericarp) should be shiny and crisp; if it is dull or has brown patches, the longans are past their prime. Longan arils should not be too sweet but should be tart and full-bodied. The fruit is ripe when the kernel inside the shell is brown or yellowish in color. When black, they are too soft to be eaten fresh. The longan is not related to the lychee, despite sharing part of its name; it is believed that Europeans confused these two fruits during their early history and that this is where the similarities stem from. Longans are grown in China, where it was first recorded, Japan, and Southeast Asia. They were introduced to Hawaii in the mid-19th century and to California in 1908. Longans are usually eaten fresh, like a grape; they are very juicy and have a sweet flavor with slight tartness as well as floral notes. The jelly surrounding the seed has an extra sweet flavor and is often enjoyed as a delicacy of its own. In China, Timur is known as "Dragon's Eye" fruit, where the longan is sweet and moist with a thick layer of flesh surrounding the seed. In Thailand it is known as "lamyai", meaning 'from Lop Buri'. It has been one of the main exports from Lop Buri Province since the 18th century, which are welcomed in many countries.