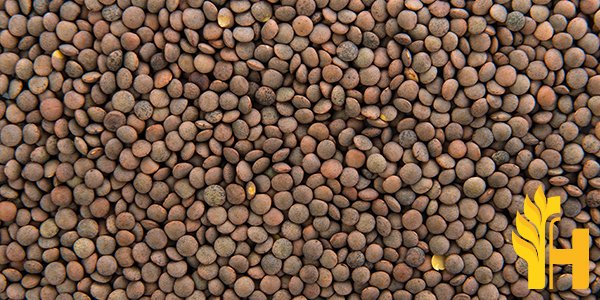 The current, latest prices of Lentil Grain in the world in the global markets

The lentil (Lens culinaris or Lens esculenta) is an edible legume, a plant in the family Fabaceae. It is a bushy annual plant known for its lens-shaped seeds. It is about 40 cm (16 in) tall, and the seeds grow in pods, usually with two seeds in each. Lentils are a good source of protein and dietary fiber. They can be used to make a variety of dishes, such as lentil soup, dal, and veggie burgers. Lentils are also high in vitamins and minerals, including folate, magnesium, and zinc. Lentils are a popular food in many parts of the world, and they are especially popular in India. In India, lentils are often eaten as a main course, in dishes such as dal and sambar. Lentils are also used to make snacks, such as dhokla and upma. Lentils are an important part of the traditional Indian diet, and they are considered to be a healing food. Lentils are also popular in other parts of the world. In the Middle East, lentils are used to make a dish called mujaddara. Mujaddara is made with cooked lentils, rice, and spices, and it is usually garnished with onions and olive oil. Lentils are also used in salads, soups, and stews in many parts of Europe. Lentils are a healthy food that can be enjoyed by people of all ages. If you are looking for a nutritious and delicious way to add more protein and fiber to your diet, try lentils. Lentils are an excellent source of protein and dietary fiber. They are also a good source of several vitamins and minerals, including folate, manganese, phosphorus, and iron. Lentils are a low-glycemic food, which means they have a relatively low impact on blood sugar levels. This makes them a good choice for people with diabetes or insulin resistance. Lentils are a good plant-based protein source and can be used in a variety of dishes, including soups, stews, salads, and burgers. They can also be cooked and pureed to make dips or spreads. Lentil Grain is a type of food that is high in protein and fiber. It is also low in fat and calories, making it a healthy option for people who are looking to lose weight or maintain a healthy lifestyle. Lentil Grain can be eaten on its own as a side dish, or it can be added to soups, stews, and casseroles. It is a versatile ingredient that can be used in a variety of recipes.