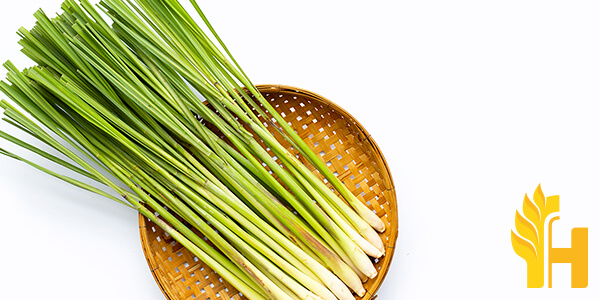 Where to buy and sell Lemon Grass, lowest (cheapest) and highest price.

The Current commodity price of Lemon Grass per kg, pound in the world in the global markets

Lemongrass is a type of grass that is characterized by its long slender leaves that reach up to 3 feet in height. They are commonly dark green or green-grayish in color. The plant produces a strong lemonish scent and flavor which is why it is commonly used as a flavoring agent in cooking. Lemongrass is quite fragile and does not grow in colder regions. It can be easily cultivated as a pot plant and cultivated indoors or in a greenhouse. It is easy to cultivate and usually grown from stem cuttings of divisions. The lemon grass stems found in grocery stores can be easily rooted and used as growing cultivars. It should be planted in pots that contain drainage holes, and grown into fertile soil or specially prepared soil mix. It loves full sun location and moist soil, but it does not like to be overwatered as the roots have a tendency to rot. It requires fertilization to indulge its growth. The plant is not frost-resistant and should be protected from low temperatures. Both stems and leaves can be used for seasoning purposes. It can be used fresh or dried and saved for later use. The tender white portion of the stem is most desirable. It is a great flavoring agent for fish, soups, stews, sauces as well as various drinks, herbal teas, and alcoholic beverages. It is quite a common ingredient used in both Thai and Vietnamese cuisines. Lemon grass is an excellent source of vitamin A, vitamin C, folic acid, magnesium, zinc, copper, iron, potassium, manganese, and calcium. It is also a rich source of citral which is the main compound of its essential oil. Aparat from its culinary uses, lemon grass is also quite significant for the cosmetic and medicinal industries. When used in large amounts can cause skin irritation, dizziness drowsiness, excess urination, or even lead to serious liver damage. Lemon grass is a popular crop cultivated in China, India, Sri- Lanka, Guatemala, Madagascar, and Zambia. The largest production of this herb takes place in India, where up to 80% of the global crop production takes place.

According to the Food and Agriculture Organization of the United Nations (FAO), global production of lemon grass was estimated at 1.3 million tonnes in 2013. The majority of lemon grass production is concentrated in Asia, with Thailand being the largest producer, followed by Vietnam, India, Indonesia, and China. Lemon grass is used extensively in Asian cuisine, especially in Thai and Vietnamese dishes. It is also used in some Indian curries. The oil from lemon grass is used as a flavoring agent in a variety of products, including beverages, desserts, baked goods, confectionery, and cosmetics. Lemon grass oil has a number of applications in traditional medicine, including the treatment of anxiety, depression, and insomnia. It is also used as an insect repellent. Lemon grass is a tropical plant that thrives in warm, humid climates. It can be grown in pots or in the ground. Lemon grass should be planted in well-drained soil and given plenty of sunlight. It is important to keep the soil moist, but not soggy. Lemon grass can be propagated from seeds, cuttings, or division. Seeds should be planted in pots or trays filled with moistened potting mix. Cuttings should be taken from the tips of healthy stems and rooted in moistened potting mix. Division can be done in spring or fall.