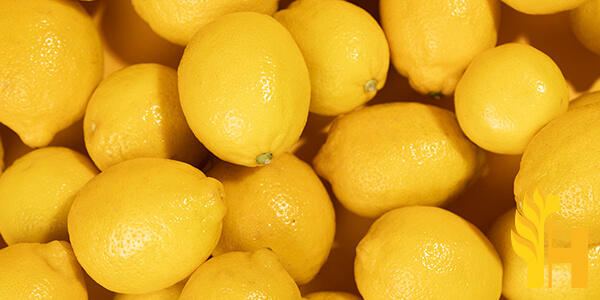 Where to buy and sell Lemon, lowest (cheapest) and highest price.

The Current commodity price of Lemon per kg, pound in the world in the global markets

Lemons and limes in Albania

Lemons and limes in Algeria

Lemons and limes in Antigua and Barbuda

Lemons and limes in Argentina

Lemons and limes in Australia

Lemons and limes in Austria

Lemons and limes in Azerbaijan

Lemons and limes in Bahamas

Lemons and limes in Bahrain

Lemons and limes in Bangladesh

Lemons and limes in Belgium

Lemons and limes in Bolivia

Lemon is a variety of citrus trees grown for its yellow fruits. It is small, reaches up to 6 meters in height. The tree is perennial with indented and pointed leaves. It grows well in soils that are not very rich in nutrients and grows best in both sand and clay soils. It is very sensitive to low and high temperatures and is less resistant than orange, mandarin, or grapefruit trees. The fruits are produced from big flowers collected in inflorescences. The flowers are purple in color. The tree is the only citrus tree that creates the flowers more than once a year, that is why it is often referred to as the re-flowering tree. Additionally, due to controlled production, the tree may bear lemon in different stages of growth. Thanks to that and the long storing time of lemon fruits, they are available all over the year. The fruit is rounded and slightly elongated. It is characterized by its thick, yellow, soft, and shiny skin. It is commonly used raw for cooking and the juice is used in the processing food industry, The fruit is also used as a raw material for medicine manufactures and it is an important supply for the pharmaceutical industry. Lemon produces a strong aroma when it ripens. Its pulp is usually pale yellow, acid, and juicy. It is also divided into gores. Lemon is used raw or juiced and is often used as a seasoning for various kinds of fish dishes, salads, drinks, and soups. The skin of the fruit is also used as cattle food and for the extraction of pectins. They are quite significant fruits for the pharmaceutical industry as they are an excellent source of vitamins, especially vitamins A, B, K, and C. Lemon is also used in the hardware industry to produce various kinds of detergents, stain removers as well as perfumes. The world’s leading producer of lemon is India with almost 2978000 metric tonnes produced every year. India is followed by Mexico (2429839 metric tonnes), China (2329863 metric tonnes), Argentina (1678337 metric tonnes), and Brazil (1262353 metric tonnes). Other significant producers are Spain, Turkey, the USA, and Iran.

In 2016, global lemon production totaled approximately 3.1 million tonnes, an increase of 1% from the previous year. The majority of lemons are produced in Mediterranean countries, with Italy, Spain, and Greece being the largest producers. Other significant lemon-producing countries include Mexico, Argentina, and Chile. Lemons are a popular fruit with a wide range of uses. They can be used fresh in salads and as a garnish, or juiced for their refreshing taste. Lemons are also a key ingredient in many dishes, such as lemon chicken or fish. In addition, lemon juice is often used as a cleaning agent or to add flavor to food and beverages. The majority of lemons produced are used for fresh consumption. However, a significant amount of lemon production is also used for processing, particularly for the production of lemon juice and essential oils. Lemon juice is a popular ingredient in many food and beverage products, such as salad dressings, marinades, and cocktails. Lemon essential oil is used in a variety of products, including cosmetics, household cleaners, and aromatherapy. Global lemon production is forecast to continue to grow in the coming years, driven by continued demand from both fresh and processed markets.