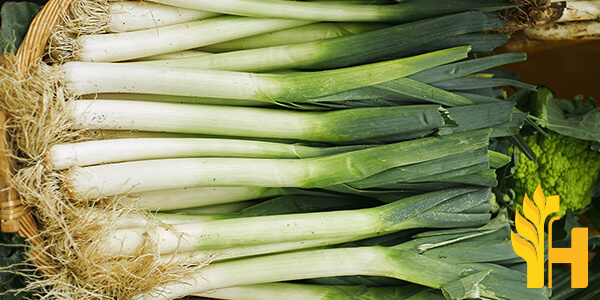 The current, latest prices of Leek in the world in the global markets

leek outside of France cat.I

Leek is a biennial plant that belongs to the Amaryllidaceae family. It is a hardy plant grown as a vegetable. It is native to the Mediterranean lands and the Middle East and has been cultivated since ancient times. Leek is closely related to the onion. It is characterized by its sweet, mild, onion-like flavor. It is a common vegetable used in Europe in various ways. It is often served with potatoes but also served on its own as a vegetable.

As a biennial plant leek creates long linear leaves from the stem or stem plate in the first season of growth. Its leaves are tightly overlapped and arranged concentrically closely to the cylindrical bulb. At the bottom of the stem plat, leek produced a tuft of shallow fibrous roots. Leek may be harvested during the first growing season. It produces a large umbel with many flowers in the second year of growth. The flowers turn into small, black, irregular, and angular seeds. To ensure a long white section of the stalk below the leaves, many growers pile soil several times during the growing season in order to limit chlorophyll production.

Most probably leeks were popularized across Europe and the British Isles by the Romans. Leek is a national emblem of Wales. The leek symbolises the victory of an ancient battle between Welshmen who wore leeks as a distinguishing sign.

Leeks are rich in antioxidants, especially flavanoids. It is an excellent source of kaempferol which has anti-diabetic, anti-inflammatory, and anticancer properties. This vegetable is nutrient-dense, meaning that it contains low calories but is rich in vitamins and minerals. They contain minerals such as vitamin A, C, and K. Leeks contain minerals such as manganese, iron, copper, folate, and magnesium. Just like onions, they are also full of sulfur compounds.