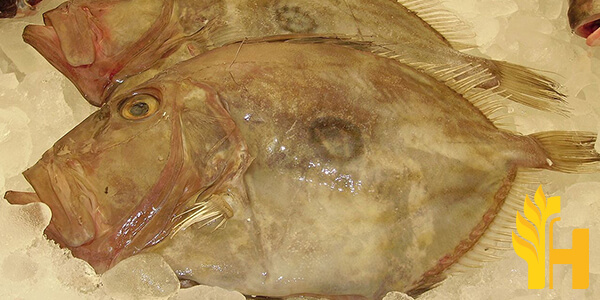 Where to buy and sell John Dory, lowest (cheapest) and highest price.

The Current commodity price of John Dory per kg, pound in the world in the global markets

John Dory is often considered one of the ugliest fish in the world, with absolutely no relatives that we know of. It is an extremely thin, flat-bodied, greyish-green fish, with an oval shape. It has 10 spines that run the length of the top of its body and has a signature 'thumbprint” marking on each side. John Dory gets its name from John the Apostle, who was sometimes represented as a fisherman in Medieval paintings and carvings. In some regions it is also called St Pierre or Peter's Fish, perhaps because of Jesus' reference to Simon as a rock upon which he would build his church (Matthew 16:18) Peter is considered the first pope, and the Pope's miter is shaped like a dory. This unusual fish can weigh as much as 45 kilograms, but it usually has an average weight of 2 to 5 kilos. The John Dory measures 30-60 centimeters in length and ranges from 0.5 to 1 meter. They are solitary fish, often moving into deeper waters during the day and coming closer towards the surface at night. However, these have been known to gather in large numbers where they are plentiful. The John Dory feeds primarily on smaller schooling fishes such as herrings, pilchards, anchovies, and sprats, but it will also eat squid and crustaceans. In turn, it is preyed upon by larger fish such as tuna, marlin, and sharks. In the Mediterranean Sea, the Dory feeds on mullet, gobies, and porcupine fish, particularly during their spawning periods. The John Dory takes a long time to swallow its prey due to its smallmouth. After it has caught the fish in its mouth, it uses its sharp teeth to cut it in half. John Dory's sense of sight is highly developed, which assists them when hunting down shoals of fish. They are also known for their ability to swim backwards or even hover in mid-water while searching for prey. John Dory was a popular choice in medieval and renaissance times, and it is still considered a delicacy in many countries today. They can be caught with nets, but because they are so thin the Dory often gets stuck in them or crawls out (not unlike crabs). Because of this, they were traditionally caught using lines that ran from the boat to the lure, making it easier to pull them in. John Dory is a slow-growing and very long-lived fish, so it takes a long time before they reach full size. They do not reproduce until around 12 years of age, which is quite late compared to other species. The life expectancy for John Dory has been reported to be as high as 49 years in some parts of the world. John Dory is best when cooked whole, but in many places, they are gutted then served thinly sliced with the skin removed. The meat is white and slightly flaky, which can dry out when overcooked. They are often served with their liver, but it has a very strong, unpleasant flavor and odor.

According to the Food and Agriculture Organization (FAO), global production of john dory fish in 2016 was approximately 1.4 million metric tons. The majority of this fish is consumed in Asia, with China being the largest market. In addition to being eaten fresh, john dory is also popularly used in Chinese cuisine for its unique taste and texture. The FAO also reports that john dory fish stocks are currently not under any major threat and that the species is not considered to be overfished. However, they caution that due to the popularity of fish in certain regions, there is a risk of overfishing in some areas. In order to ensure the long-term sustainability of john dory stocks, it is important to monitor fishing activity and ensure that quotas are not exceeded.