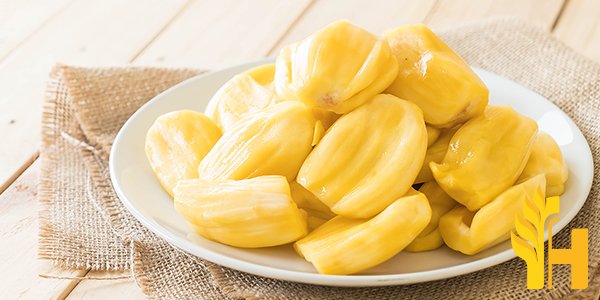 Where to buy and sell Jackfruit, lowest (cheapest) and highest price.

The Current commodity price of Jackfruit per kg, pound in the world in the global markets

Jackfruit is the largest tree-borne fruit in the world, reaching up to 80 cm (30 in) in length and weighing between 10 and 25 kg (20 and 55 lb). It resembles a durian, but is edible and often used as a meat substitute. The entire fruit is composed of large seeds which are surrounded by an edible fleshy pulp. The pulp is sweet and milky, with a strong, pleasant odor. The fleshy pulp of the jackfruit is often used as a meat substitute in vegetarian dishes. The ripe fruit can also be eaten raw, and the unripe fruit can be cooked. Jackfruit seeds can be roasted and eaten like nuts. Jackfruit is a good source of dietary fiber, potassium, vitamin C, and B vitamins. Jackfruit is the national fruit of Bangladesh. It is also the state fruit of Kerala, India. The jackfruit is the largest tree-borne fruit in the world. It can weigh up to 36 kg (79 lb) and reach a length of 1.5 meters (4.9 ft). The jackfruit has rough, green skin that is covered with prickles. The interior of the fruit is yellow and contains small, black seeds. Jackfruit is a tropical fruit that is native to Southeast Asia. The fruit is large and fleshy, with thick skin. It has a sweet, slightly acidic taste. The jackfruit tree is an evergreen tree that can grow up to 20 meters tall. The tree produces clusters of yellow flowers, which turn into fruits. The jackfruit is a popular food in many parts of Asia and is often used in curries and other dishes. It can also be eaten raw or cooked. Jackfruit is a good source of vitamins A and C, as well as dietary fiber. The fruit is also a good source of energy. One cup of jackfruit contains about 100 calories. Jackfruit is a member of the fig family and is related to breadfruit and mulberry. The jackfruit tree is believed to have originated in India. It is grown in many tropical countries, including Bangladesh, Sri Lanka, Indonesia, Malaysia, and the Philippines. Jackfruit is becoming increasingly popular in the Western world as a vegan and vegetarian-friendly food. It is also gaining popularity as a healthy snack food.

According to the Food and Agriculture Organization of the United Nations (FAO), global production of jackfruit in 2013 was 1.75 million metric tons, with Bangladesh and India accounting for the majority of that total. The FAO estimates that production will likely increase to 2.63 million metric tons by 2020. Jackfruit is grown in tropical regions around the world, including parts of South America, Africa, and Southeast Asia. The fruit is popular in many Asian cuisines and is becoming more widely available in the West. As of 2019, the top jackfruit-producing countries in the world were India, Bangladesh, and Thailand. In India, jackfruit is known as kathal or panas. The fruit is commonly used in curries, as well as in sweet dishes such as halwa. India is thought to produce around 1.5 million tonnes of jackfruit each year. In Bangladesh, jackfruit is known as kathal and is a popular ingredient in many dishes, both sweet and savory. The country is thought to produce around 1.2 million tonnes of jackfruit annually. Thailand is the third largest producer of jackfruit in the world, with an estimated annual production of 1 million tonnes. The fruit is commonly used in Thai cuisine, often in curries or stir-fries. Other jackfruit-producing countries include Indonesia, Sri Lanka, Malaysia, and Vietnam. Together, these countries account for an additional 2.5 million tonnes of jackfruit production each year.