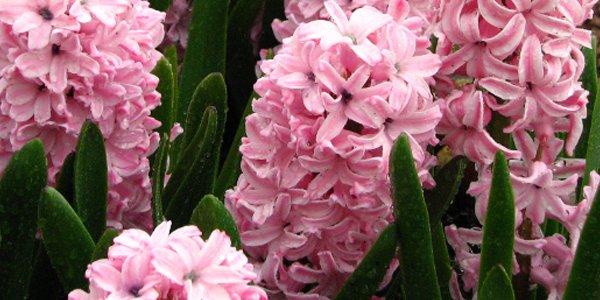 Where to buy and sell Hyacinthus, lowest (cheapest) and highest price.

The Current commodity price of Hyacinthus per kg, pound in the world in the global markets

The hyacinthus plant is a bulbous perennial that produces clusters of fragrant flowers in shades of blue, purple, pink, and white. The flower stalks arise from a basal rosette of thick, strap-like leaves. After the flowering period, the plant produces seed pods that contain numerous small seeds. This plant is native to Europe, North Africa, and Asia. It has been introduced to other parts of the world, where it is often grown as a decorative plant. Hyacinthus plants prefer full sun and well-drained soil. They are relatively drought-tolerant once they are established. These plants are also resistant to deer and rabbits. Propagation of hyacinthus plants is typically done by dividing the bulbs. The bulbs can also be grown from seed, although this method takes longer to produce blooming plants. Hyacinthus plants are susceptible to a number of fungal diseases, including bulb rot and powdery mildew. They are also attractive to aphids, thrips, and other pests. Hyacinthus plants are generally low-maintenance and easy to care for. They make an excellent addition to any spring garden. The hyacinth is a widely cultivated plant that has been popular since the Victorian era. The bulbous plant produces clusters of brightly colored flowers that are very fragrant. The hyacinth is native to the Mediterranean region and grows in sandy, well-drained soil. Hyacinthus production is centered in the Netherlands, where over 90% of the world's supply is grown. Other major producers include Belgium, France, and Turkey. The Netherlands exports the majority of its hyacinth production, with the United Kingdom being the largest importer. The hyacinth is a popular indoor plant and is often used in forced bulb production. Forcing involves providing the plants with the necessary conditions to induce flowering out of season. This is typically done by growing the bulbs in cool, dark conditions and then exposing them to warmer temperatures and light once flowering is desired. Hyacinths are also popular outdoor garden plants. They can be planted in the spring or fall and will bloom in the spring. The plant does best in full sun to partial shade and in well-drained soil. While hyacinth is a widely cultivated plant, there are some challenges that growers face. One of the biggest problems is bulb rot, which can be caused by a number of factors including poor drainage, excessive moisture, or high temperatures. Another challenge is the development of fungal diseases, such as gray mold or white rot. To combat these problems, growers need to carefully monitor growing conditions and take steps to improve drainage and air circulation. They also need to select disease-resistant varieties and use fungicides when necessary. With proper care, hyacinths can be a beautiful and fragrant addition to any garden.