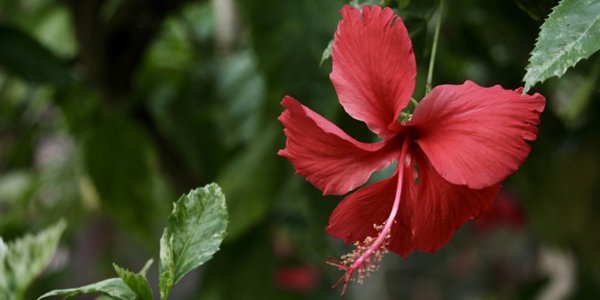 Where to buy and sell Hibiscus, lowest (cheapest) and highest price.

The Current commodity price of Hibiscus per kg, pound in the world in the global markets

The hibiscus is a beautiful flower that comes in many different colors. Hibiscuses are native to tropical and subtropical regions around the world, and they are popularly cultivated as ornamental plants. The flowers of the hibiscus are large and showy, and they can range in color from white to pink to red to purple. Hibiscuses are also known for their large, tropical leaves, which are often green or dark green in color. The hibiscus is a perennial plant, meaning that it can live for more than two years. Hibiscuses typically bloom from late spring to early summer, and they can continue blooming throughout the summer months if they are properly cared for. When the hibiscus is not blooming, its leaves are still an attractive feature. The leaves of the hibiscus can be up to 12 inches long and 6 inches wide, and they are usually a dark green color. Hibiscuses are relatively easy to care for, and they do not require a lot of attention. However, it is important to keep the soil moist and to provide the hibiscus with plenty of sunlight. Hibiscuses are also sensitive to cold temperatures, so they should be protected from frost in the winter months. With its large, showy flowers and attractive leaves, the hibiscus will add a touch of beauty to any yard or garden. Hibiscus production is concentrated in tropical and subtropical regions around the world. The top producers of hibiscus include Nigeria, Sudan, China, India, and Egypt. Together, these countries account for over 80% of total global production. Nigeria is the largest producer of hibiscus, with an estimated production volume of 1.5 million metric tons in 2016. The country is followed by Sudan, which produced an estimated 1.2 million metric tons that same year. Hibiscus production in China and India is relatively small in comparison, totaling some 300,000 metric tons and 200,000 metric tons, respectively. Hibiscus is cultivated for a variety of purposes, including as a source of food and medicine. The flower is also used in the production of cosmetics and textile dyes. The global hibiscus market is expected to continue growing in the coming years, driven by rising demand from the Asia Pacific. China and India are projected to be the main drivers of this growth, due to their large populations and growing middle class.

The Hibiscus is a perennial flowering plant that belongs to the Malvaceae family. It is native to warm-tropical and sub-tropical regions around the world, and it has been introduced to temperate zones in Europe, Asia, North America, and Australia. The Hibiscus has large, showy flowers that come in a variety of colors, including white, pink, red, orange, and yellow. The Hibiscus is grown commercially for its flowers, which are used in a variety of ways, such as in teas, salad dressings, jams, and jellies. The Hibiscus is also grown as an ornamental plant. According to the World Hibiscus Council, global production of hibiscus is estimated to be around 1.5 million tonnes per year. The majority of this production comes from developing countries in Africa and Asia. Nigeria is the largest producer of hibiscus, with an estimated production of 400,000 tonnes per year. Other major producers include Sudan, Egypt, China, and India. Hibiscus is grown commercially for a variety of uses. The flowers are used to make tea, while the leaves and stems are used as animal feed. The plant is also used in traditional medicine and as a natural dye.